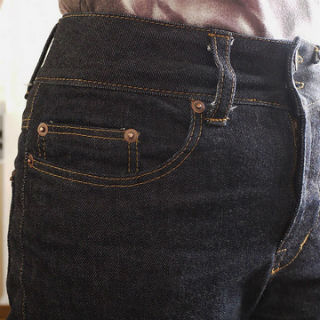 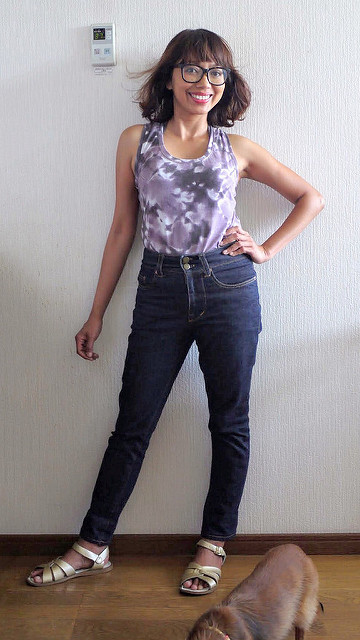 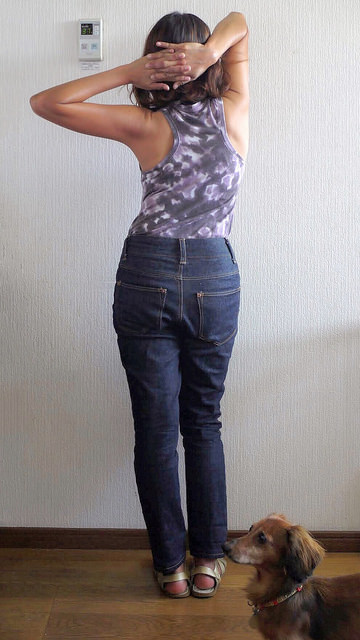 I made a new pair of jeans! Actually they were made a couple of weeks ago, and I have been wearing them a lot ever since.

The pattern is Sandra narrow leg jeans by Style Arc, a classic narrow legs jeans with contoured waistband slightly below waist. I love this pattern since I made them last year, the first one that I made get lots of wear. The fabric is dark denim, it has less stretch than the previous jeans so the fit is a bit different.

I find it funny that you can see a dachshund in these pictures, similar to the one in my first Sandra jeans post. They are different dachshund though, the first one is Shake who has got adopted a long time ago. This one is Miggy, a 12 year old female dachshund who had to go to the shelter because her owner has a baby with allergy. Such a sad thing to happen to a senior dog. 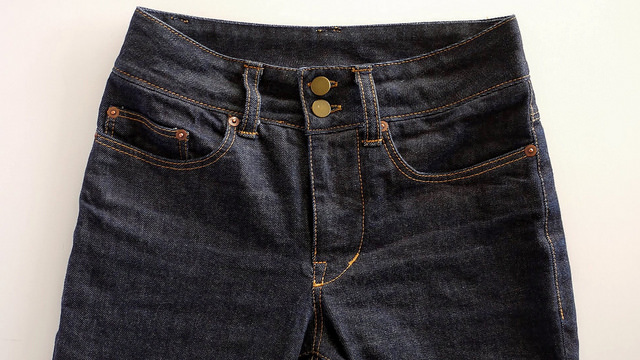 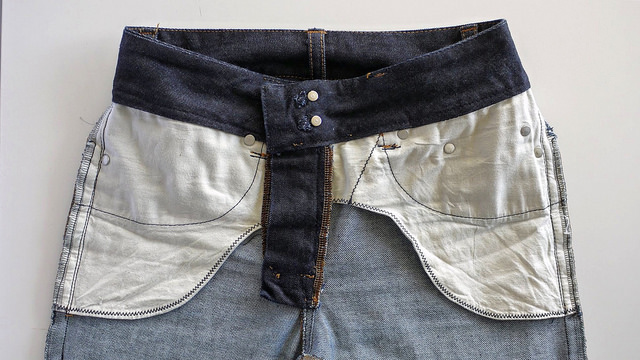 Now, about the jeans. My alterations are the same, a bit of swayback and lots of leg shortening. I cut the waistband a bit wider because I want to use two buttons. As a result, the waist sits a bit higher. On my first Sandra jeans, I used elastic as waistband interfacing, this time I don’t use interfacing on the waistband. In fact, I didn’t use any interfacing at all on this jeans.

After installing the buttons, I realized that the placement of the buttons was a bit off. So I removed the buttons with pliers and installed a couple of new ones a bit further. The holes from the old buttons were darned closed with sewing machine. It doesn’t look too bad in my opinion, but the whole thing was such a nuisance to do. So please mark carefully before installing jeans buttons! 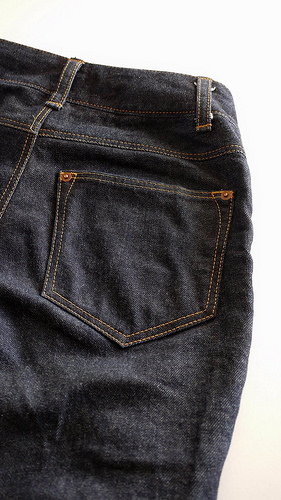 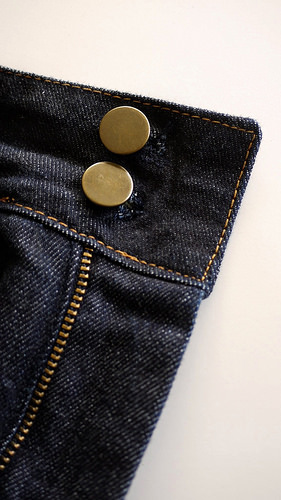 But no worries about the buttons! They are fixed and nobody can see them anyway now.

The top that I’m wearing is also a new one that I made. The pattern is Burdastyle Basic tank, and as usual for me, in size 38 printed at 92%. Aside from the shrinking the pattern, the only alteration I made was using knit band to finish the neckline and armholes. 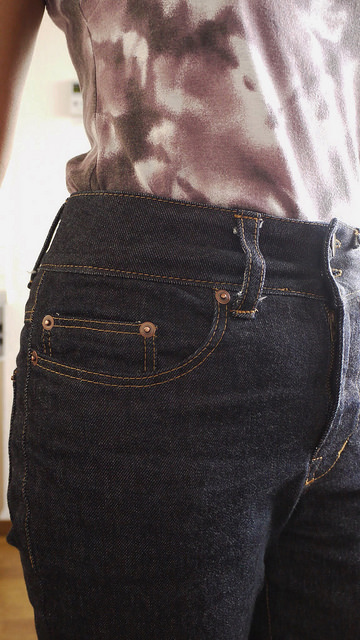 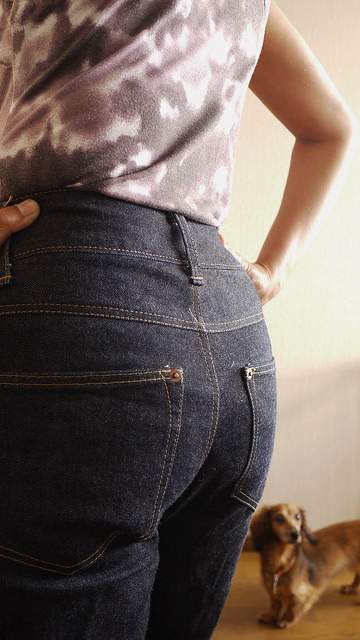 I have begun to exercise regularly since several months ago and actually made this top to wear to my yoga class. So far, this is the only exercise that I keep doing daily for more than a month. I was a total couch potato for forty years so this is quite surprising for me. The fatigue and back pain that were always with me are slowly decreasing now. Who knows, daily exercise can make you healthier?! Duh.

Recently I noticed that all my clothes, especially dresses, don’t fit me the way they used to be. It feels like they are tighter in one part and looser in another part. My body still looks the same though, it is as if that all those clothes that are changing. Maybe it is because of the exercise, or maybe I’m just aging. Either way, this is a new thing for me and I’m trying to get used to it. It also leaves me with an empty wardrobe because almost my clothes are dresses. So maybe it’s time to create a new wardrobe! 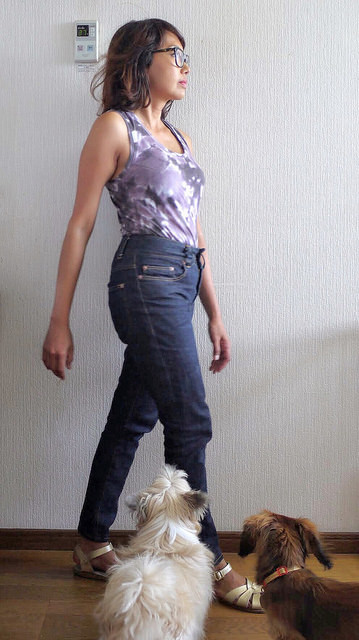 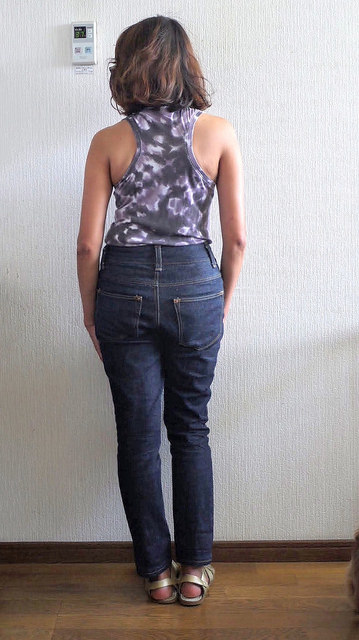