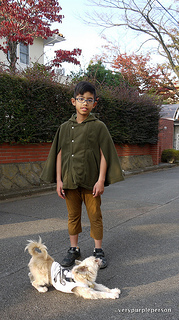 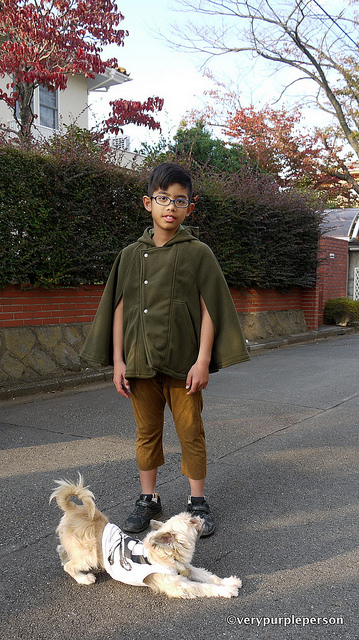 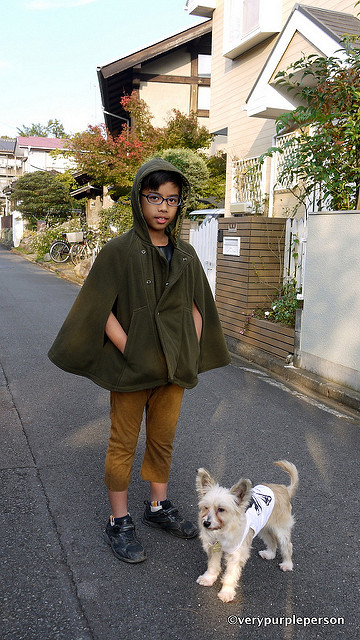 When Sidra was still in kindergarten, I made him  a cute wool cape with faux fur lining for winter. He was very happy wearing it and enjoyed running around pretending he was a super-something. As years went by, he has outgrown the cape and it found a new owner (that might have outgrown the cape by now). 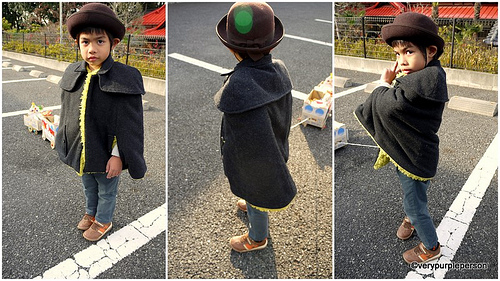 Although the cape has long gone, Sidra often talks about it fondly and has been asking me to make him another. Well, a cape might look cute on a toddler, but it might not be the best clothing choice for an active fifth grader. He can’t wear it to school either as he has to bring randoseru (firm backpack). I kept saying I will make it later hoping that he will drop it. But recently he said that I’ve been saying ‘later’ for a couple of years now. Sooo… why not? All this time I’ve been sewing for fun, so if he just wants to wear a cape for fun, it is enough for a reason, right?

This time I want the cape to be less cute and a bit more practical, so no faux fur lining. The outer fabric is fleece in army green with rayon lining in matching color. The pattern is based on double breasted Marmalade coat by Tamanegi-Kobo. I love all the little details, the pockets, hood, and the little pleats on the back. The coat already has the basic shape of a cape and I only had to alter the sleeves part. 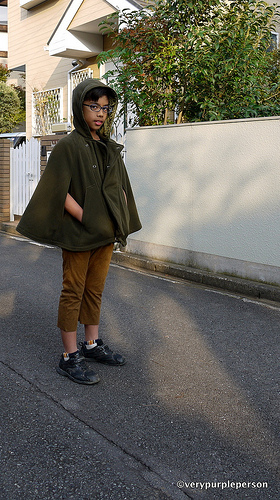 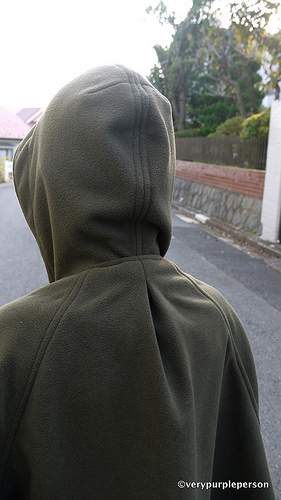 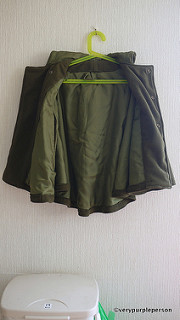 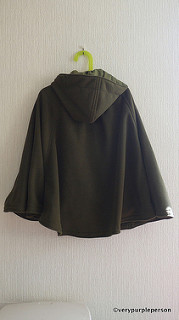 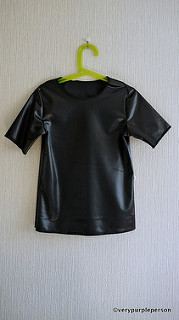 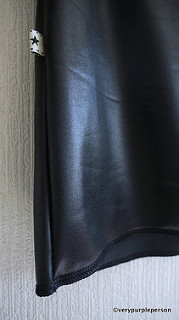 Speaking of making fun stuff, I also made a T-shirt for Sidra with this stretch shiny black that looks like rubber or faux leather. The neckline, sleeves, and hem are simply finished with serger. Sidra is very happy because this is something that he can wear to school! I’ve never seen any other kid wearing a shiny faux leather T-shirt to school, but of course, why not? 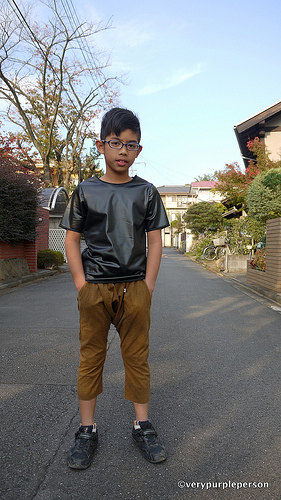 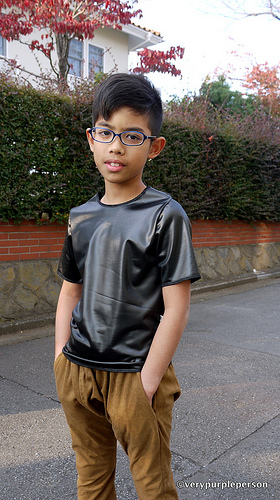 And here he is looking very happy with the combo! 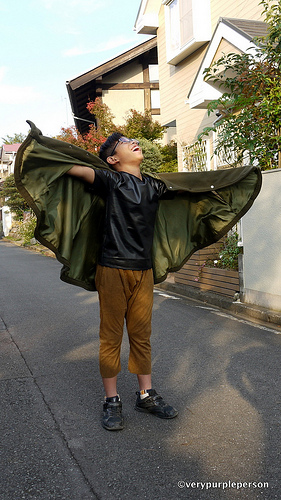 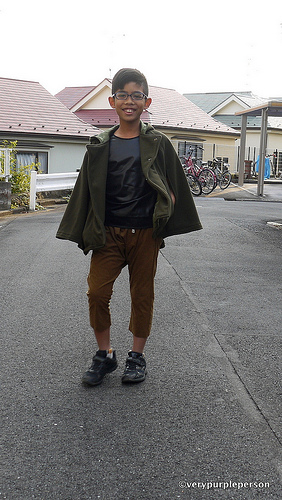