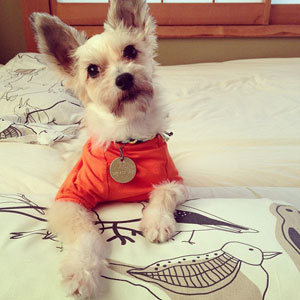 We have a new family member! After spending one month with Fuwawa, we fell in love and decided to adopt her. I still can’t believe that we have our own dog now!

When a pet in ARK has found a forever home, the round pendant is exchanged with a star pendant. Here is Fuwawa with her new star pendant!

Sadly Fuwawa was debarked by her previous owner so she couldn’t make a proper bark. But each day she is looking happier and more comfortable. Every night she sleeps beside Sidra and enjoys being petted until both of them fall asleep.

In the morning she would wake my husband and me up by giving these little bites on the arms or shoulders or pawing my hair. Sometimes she would play with my hair or smell it but then my hair would get tangled up between her teeth. Then of course she would cough on my head -_- 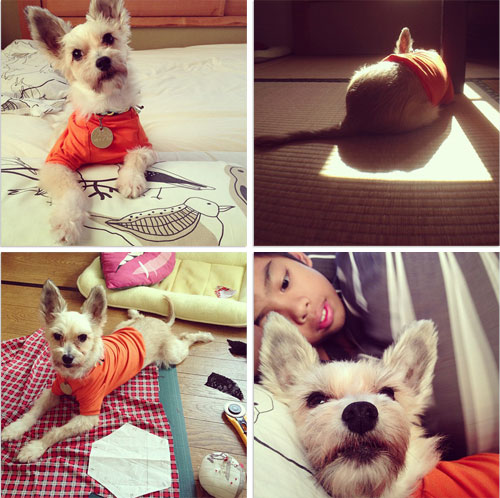 She is the most playful in the morning. Her favorite game is ‘almost got hit by the sliding door’ where I would slide the door open and close, saying things like ‘ooohh you almost get hit! you almost get hit again!’ and she would get very excited, running from and back to the door, pretending to almost get hit. She only plays the game in the morning though and doesn’t play with toys or other things. 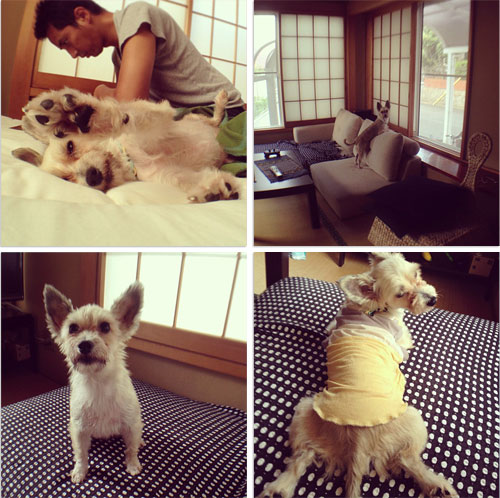 She used to sleep on her bed but when we got a new couch, she decided that it is her new bed. It is where she spends her days mostly now. Her post is by the window where she can look outside and silently bark at people. 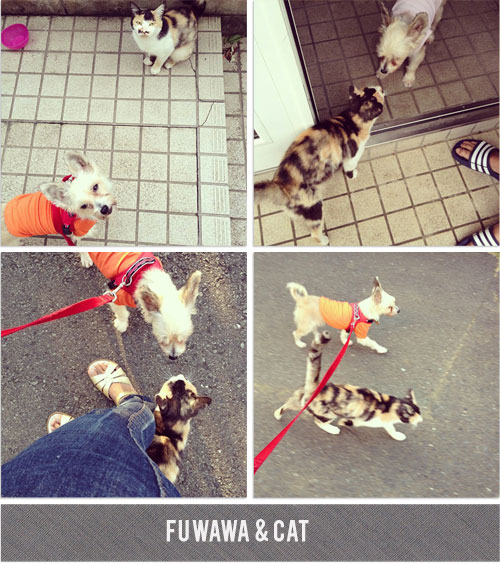 We also have a part-time pet cat! One day a cat followed Sidra home, I gave the cat some cat food and milk (I always have spare cat food for the neighborhood cats). Since then she has been coming twice a day to join Fuwawa’s daily walk from start to finish. It is so funny, people always seems confused to see us walking a dog, followed by a cat. Fuwawa doesn’t seem to mind the cat although the cat sometimes slapped her. But the cat always has her claws retracted, so I think she just wants to give a warning. I plan to get the cat spayed as I have no intention of taking care a litter of kitten in the future.

We will still foster dogs in the future and now we have Fuwawa as my assistant!

Searching for Meaning in a Throwaway World