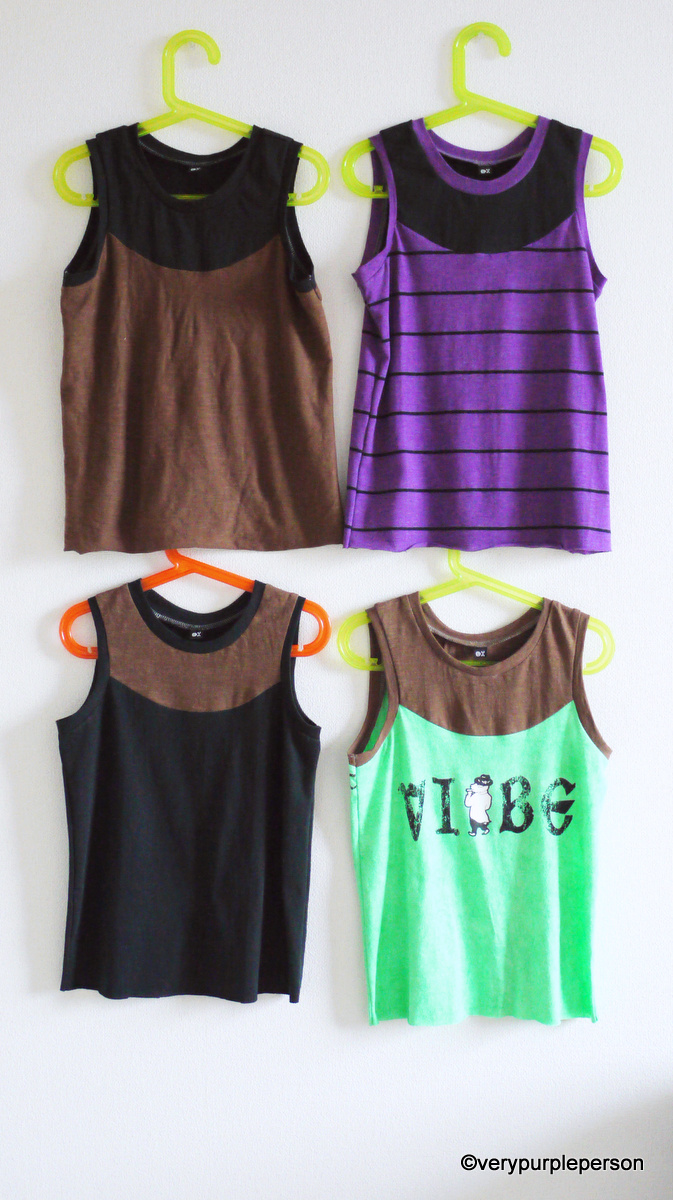 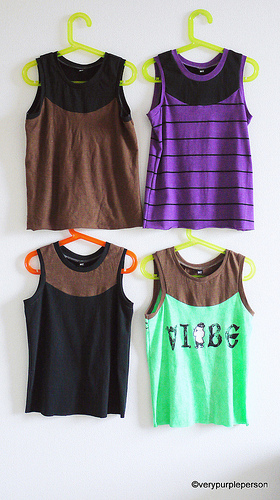 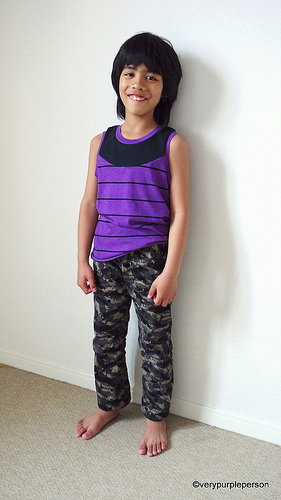 Next for KCWC 2012, four sleeveless T-shirts for Sidra! I bought most of Sidra’s t-shirts from Threadless, unfortunately they don’t have sleeveless ones for kids. As the weather is getting warmer, Sidra has started wearing sleeveless so I made these.

They are recycled from adult-sized T-shirts that I got from the thrift store. The pattern is from Japanese pattern book,  シンプル&ちょこっとデザイン おんなの子服おとこの子服, the same book as the one I’ve used for Sidra’s pants.

I spent one day for cutting the pieces and arranging them. The green and purple T-shirts were kinda small but the brown and black ones were quite big. I finally managed to cut all pattern pieces for four sleeveless T-shirts from them.

The next day, I sewed the shirts entirely using the Babylock. It is a good way to familiarize myself with sewing knits using serger without using expensive fabric. Sewing the shirts was so fast with the serger! I’m so spoiled now that I don’t think I can go back to sewing knits with sewing machine again (-_-).

I left the hem raw as they don’t ravel, also because I didn’t feel like changing all the serger’s setting to coverstitch. As usual I put a little skull label on each shirt. Putting label on shirts will make it easier when putting it on because Sidra can easily differentiate the front and back side. Works for my tops too!

What I did today