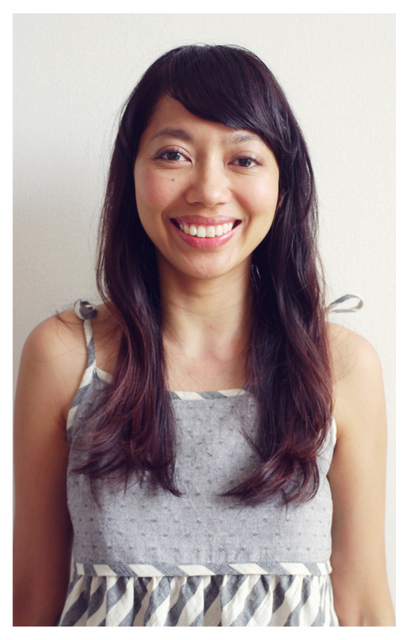 My first Sew Weekly challenge! If you haven’t heard about Sew Weekly (who haven’t?), you should check out the site now! This week’s theme is ‘kidding around’ where people make creations inspired by outfit worn in their childhood photo. I was quite excited with this theme as most of my clothes are basically shaped like a bigger version of little girls’ dresses. Hello baby dolls, gathered skirt, and ruffles!

Now for finding the childhood photo. This turned out to be not quite an easy task. My late father loved to take pictures of his kids when we were still very young, but unfortunately all the pretty photos are now in my mother’s house who is of course in another country. But here is a few that I managed to take here.

Now, now, is that a dress with ruffled collar? And do I see a floral paper bag skirt there? 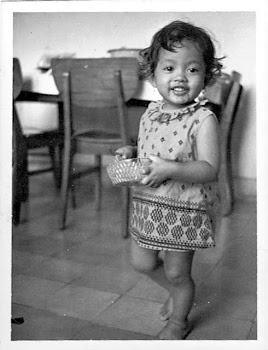 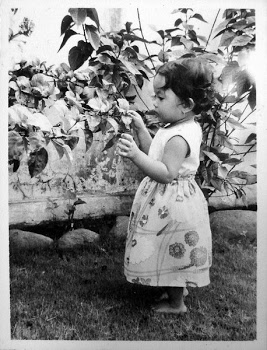 I think I’ve seen a dress that look like the one in these pictures. 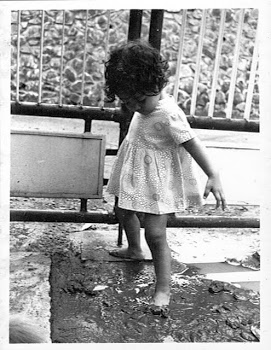 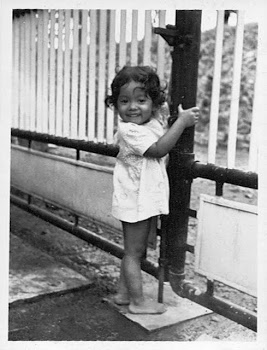 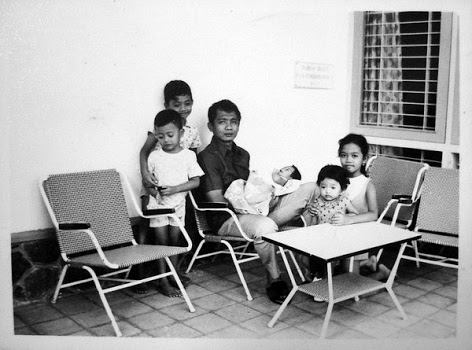 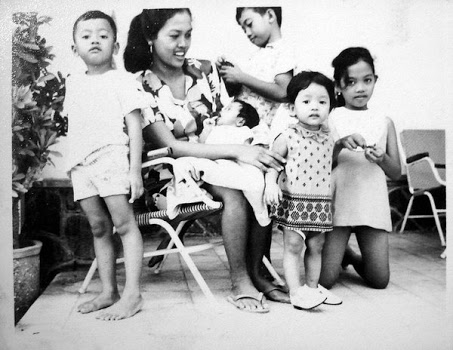 Now for the inspiration photo: 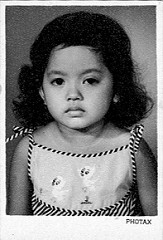 Well, it is an ID photo, taken for my kindergarten report book and I didn’t look too happy in it. But I’ve made outfits similar to the ones in the above pictures and I want something else. I was inspired by the stripes bias bindings and bias skirt of the dress. Since I don’t remember what the actual color of the dress, I made mine in grey, like a black and white photo.

My take  is below, in equally unhappy face. But you know, I’m one of those people whose face always look sad and people would ask me, “Are you okay? You look so sad….” There are not many smiling pictures of me after the age of four.

The photo on the right shows how I actually feel most of the time. Really. 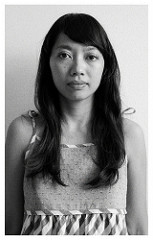 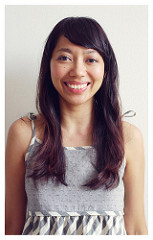 The fabrics are linen that I already have in my stash. They were initially bought to make a set of shirt and pants for Sidra, but after making the skull and cross pants, I realize now that they don’t really suit his taste.

I told him about the fabrics and asked if I could use them for my dress. He glanced with disinterest to the boring grey heaps and said, “I think you should use them for your dress, Mama. I want something else.” Looks like this kid knows what he wants.

I rarely sew at night, but my husband went out drinking last night so I had time to sew! Too bad it is still too cold to wear this dress outside, I really love the shape and the muted color! 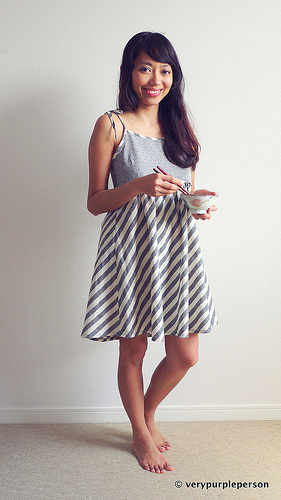 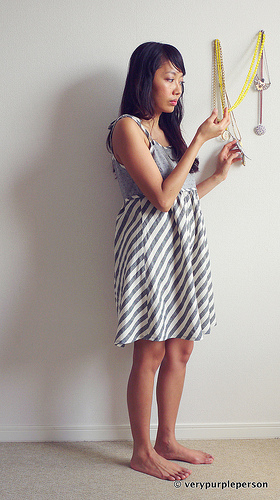 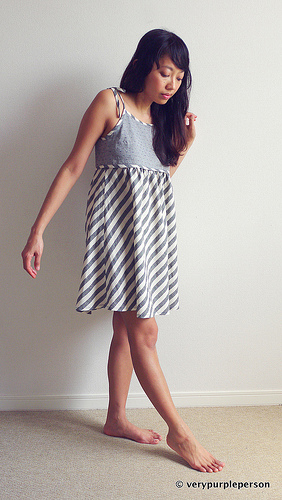 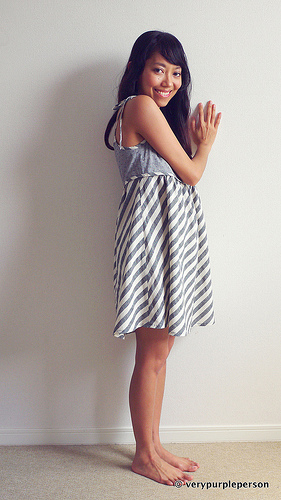 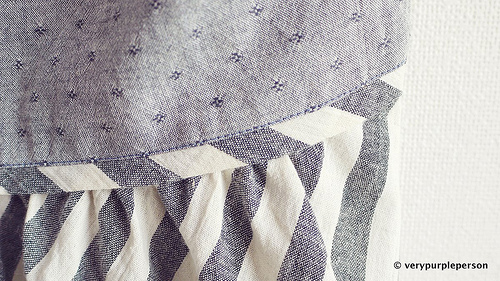