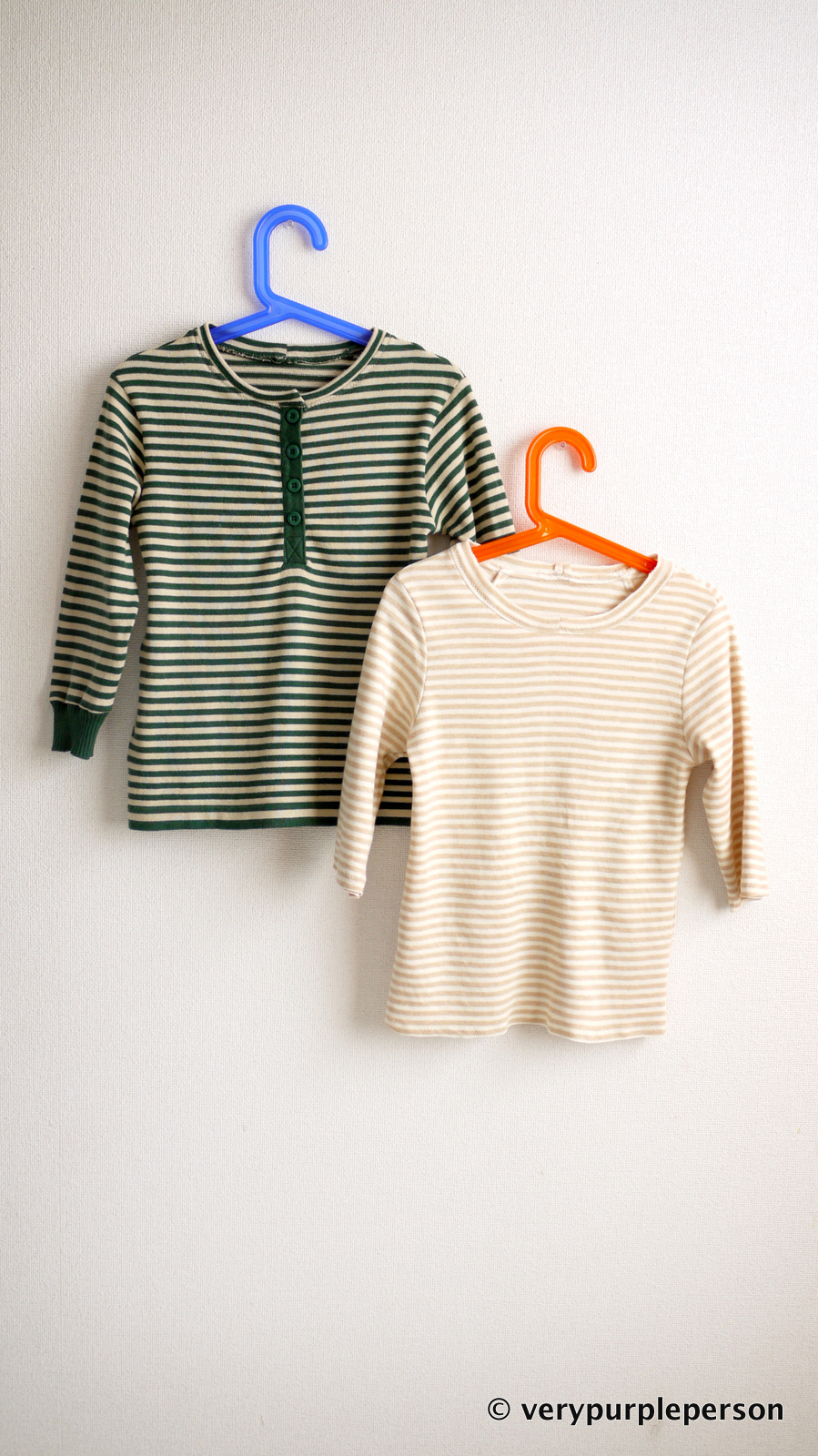 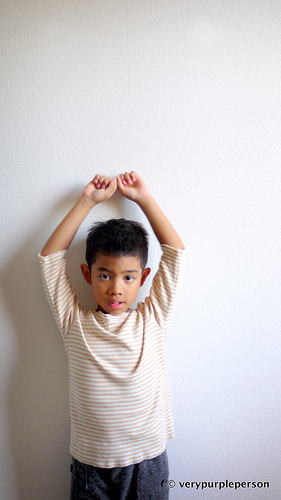 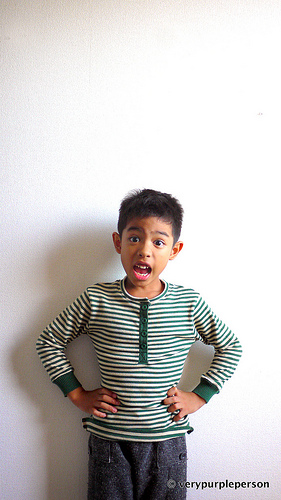 I’m not feeling well lately, headache, coughs, runny nose, etc. I guess the transitional period between summer to autumn is not doing good to my body. To make myself feel better, I sew several things for Sidra.

I made these two shirts yesterday. The beige one is using leftover fabric from my own shirt. I bought it in a thrift shop sometime ago for colder weather, but then rarely wear it. I reuse the green button tab and cuffs from the original shirt.

Today Sidra had a haircut! It was his first professional haircut done in Japan. Actually it was in ¥1000 haircut shop in nearby supermarket, but usually I’m the one who does his haircut. The last time he went for a professional haircut was probably in Indonesia, when he was two years old. But this time he wanted a new look, he had the same haircut since he was three years old so I guess it’s time to get a real haircut.

I was very nervous during the process, but Sidra didn’t look worried at all. In fact, he was holding his giggles because he wasn’t used of the hair clipper. He looked like a different kid after it’s all done! Sidra was very happy with his new hair, he said it is now easier to scratch his head when it’s itchy.