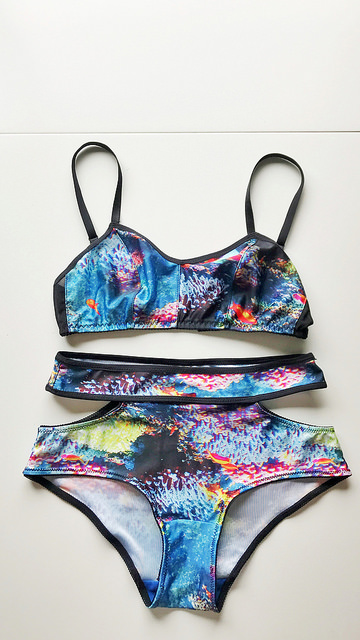 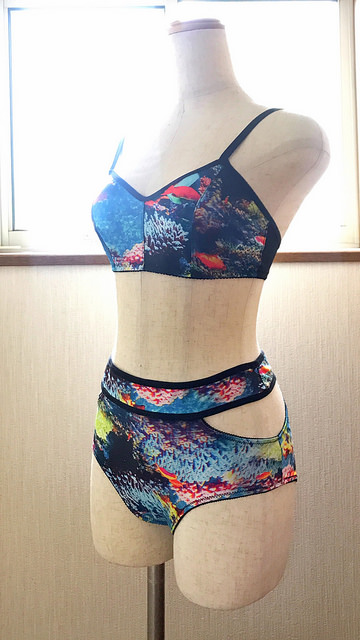 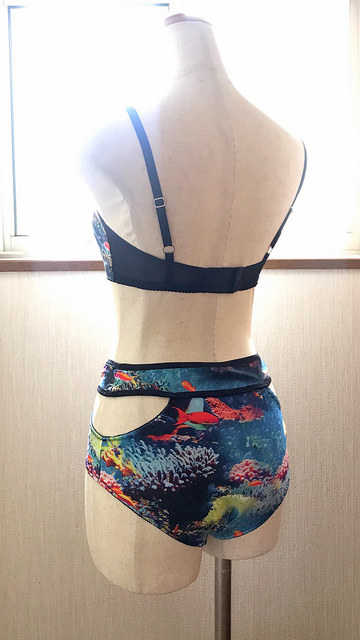 Lately I feel more comfortable wearing thin bralettes than bra with underwire or foam lining. Maybe because it is summer and everything is just too hot. Then I noticed that Evie la Luve has just  launched some new patterns, one of them is this Willow bra.

The pattern package includes 5 different looks, including wraparound style and longline style, with sizing from XXS to XXL. Usually I prefer to use pattern with band and cup sizing but I have had success with Evie la Luve’s panties patterns so I’d like to give this a try.

This is a very good pattern package with complete tutorials for each style with aesthetically pleasing pictures and clear explanation. One thing that I like about Evie la Luve’s pattern is that she always gives exact suggested length for the elastic instead of just ‘stretch slightly while sewing’.

I like reading tutorials from each pattern maker as it shows how they organize their thoughts and put them into words. Sometimes the way a tutorial is presented can rub me off the wrong way that it keeps me from working with the pattern, I really like how Evie la Luve presents her tutorials though. 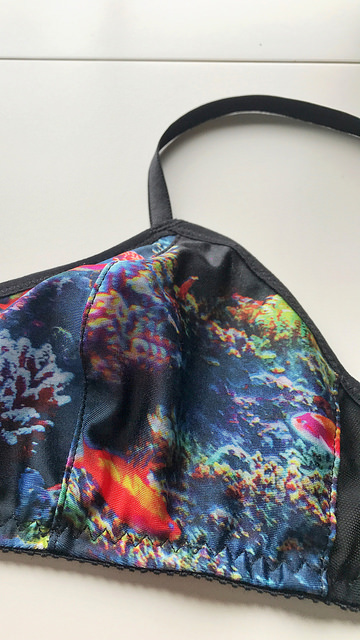 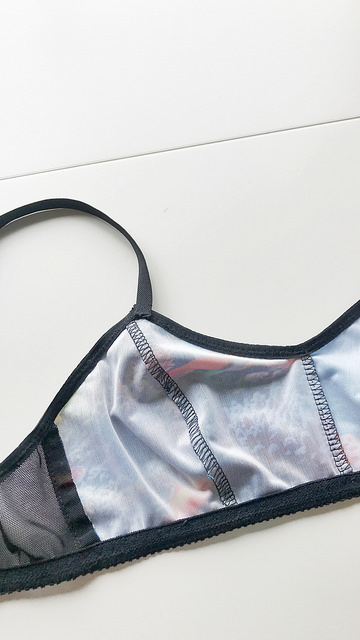 Having said that, I didn’t really follow the tutorial for this pattern… but it’s because I already have my own flow of works. The pattern has 1 cm seam allowance that I trimmed into my usual 0.6 cm seam allowance. I also didn’t line the fabric as suggested. The seamlines are simply serged and topstitch to one side.

The fabric is actually from a pair of leggings that I made a couple of years ago but rarely wear. It’s lycra fabric with under the sea themed digital print. 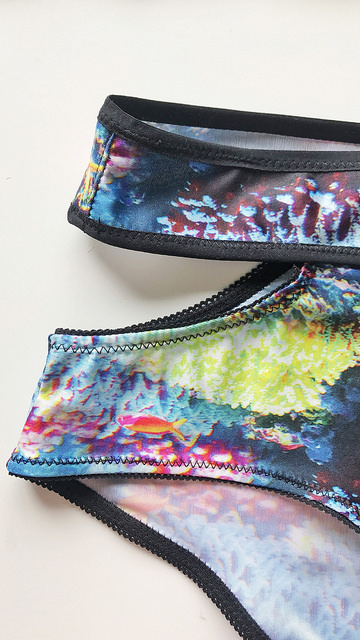 I was very happy with the result so I wanted to make a matching panties. This time I use the bottom part of Mimi bikini pattern. As you can see, this is a swimwear pattern so I didn’t follow the tutorial either. But if you want to make a bikini for swimming, the tutorial for this pattern is really great. 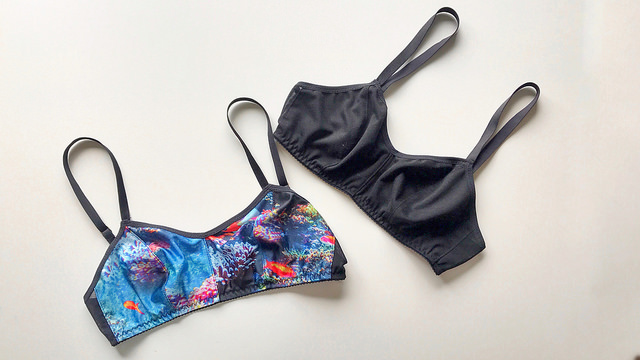 Actually I made the black one first as a muslin. I wore it and liked it a lot that I continued making the second one. I can see more of this bralette in the future as it is so simple and quick to sew! 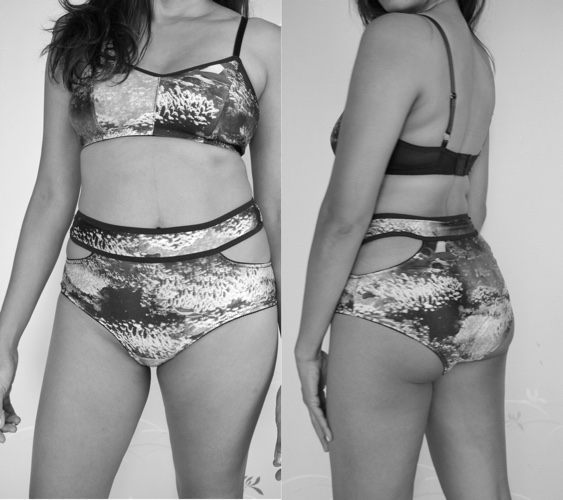 And here’s how they fit on my body. My dummy has very small waist, that is why the band on the panties look wrinkled. On me, the fit is better.