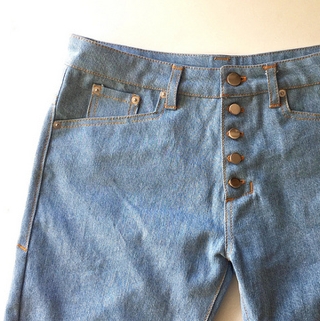 More jeans! After finished making my husband’s jeans, I felt a weird craving to make more jeans. I even had a dream where I made a super neat topstitching on the waistband, probably because I thought about them a lot. I guess I really love making jeans.

At this point there are two things that I can do. One is to decide that I have got too obsessed and should be looking for something else to do, and the other one is to just surrender and make another pair of jeans. Actually I’ve chosen option no. 1, until last weekend when I went to a store called Village Vanguard in Shibuya.

Despite claiming to be ‘an exciting bookstore’, Village Vanguard is a kitsch store that focuses on western pop culture. It is full of interesting knick-knacks like holga and polaroid cameras, T-shirts with interesting prints, clocks, pillowcases, basically anything that you don’t need but might want to have. 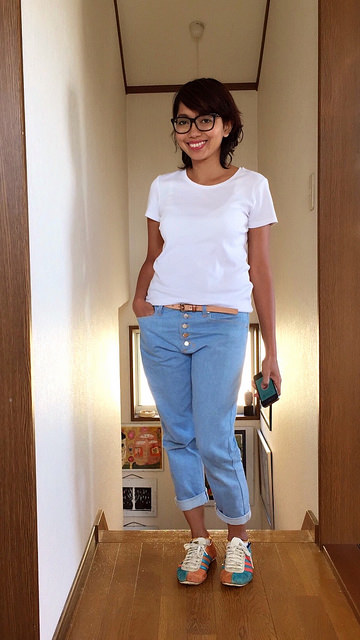 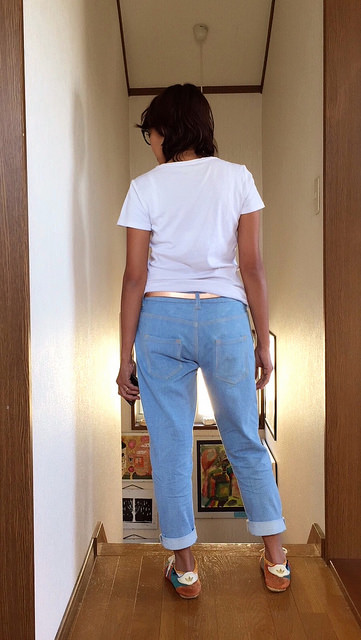 I went to the store to look around as usual when I noticed a stack of folded fabrics in a dark corner. Lo and behold! They were selvedge and non-selvedge denim fabrics, each fabric was cut enough to make a pair of jeans. This must be a sign from the jeans god.

I was going for another selvedge denim when I noticed this light blue denim and immediately had a vision of boyfriend jeans. And that was a rather unnecessary long story of how I justified myself for making another jeans.

The pattern is Wyome boyfriend jeans by Named patterns. This is a pattern for loose fitting five pocket jeans with low waist, revealed button closure and narrowed legs. I spent sometime looking for versions made by other sewer and I think most of them looked a bit too fitted for my vision of boyfriend jeans. So I decided to cut size 36 -one size bigger than my size- for a more ‘boyfriend’ effect. 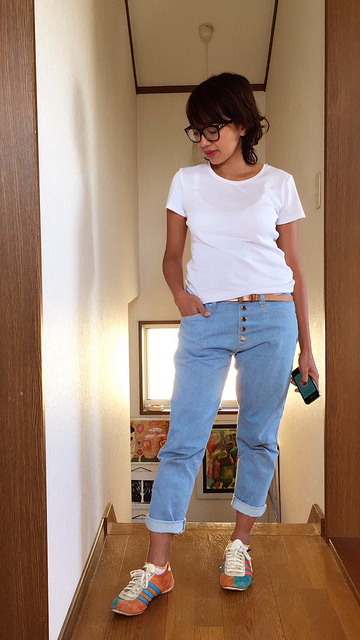 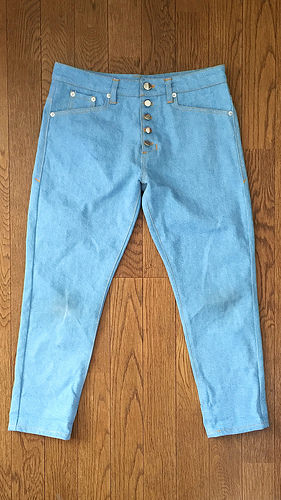 My alterations are mostly shortening everything. The rise is shortened 1 cm and the legs are shortened 15 cm in three places. I also widen the legs about 2 cm around the calves as I often had pants stuck around there. I suppose I have big calves.

I have made several jeans before so I just used my usual way of sewing jeans instead of reading the instructions. The fabric is non-stretch denim, about 12 oz in weight, and sursprisingly very easy to sew. My waistband topstitching turned out quite neat just like in my dream!

The rivets are so beautiful that I can’t stop looking at them. They are from Citron Jeans, a Japanese store where I bought selvedge denim for my husband. The row of exposed buttons is my favorite part! These buttons are from Okadaya in Shinjuku.

The denim was still quite a bit stiff but they will get more comfortable with each wear (or so I’ve heard). I’m not quite used to wearing stiff fabric so I tried to distress the fabric. I put a small wallet to the back pocket and sandpapering from the outside. 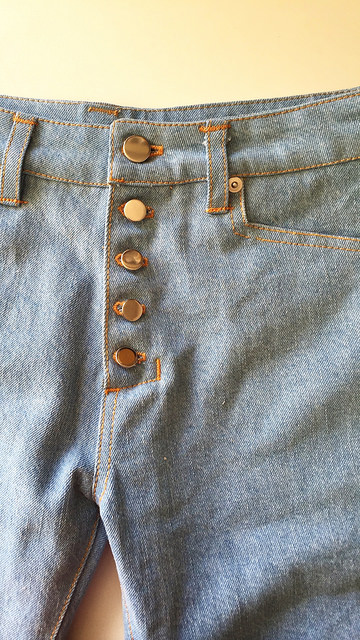 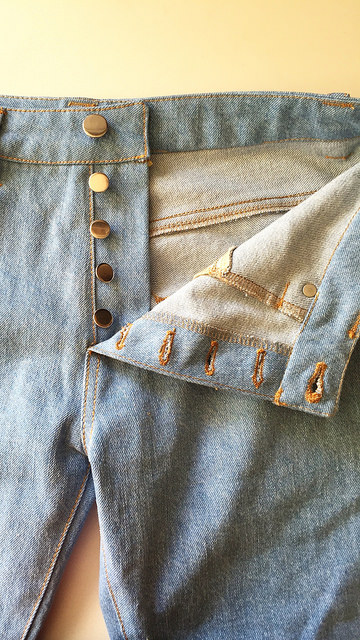 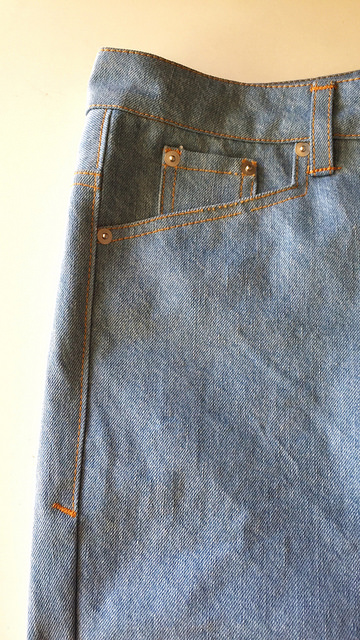 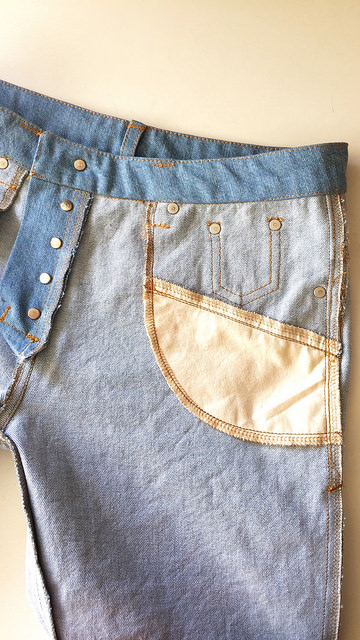 Then I learned that it is better if you distress the fabric before topstitching. After witnessing several broken threads in my delightful topstitching, I decided to stop the distressing and just let nature run its course. I do like the hole in the back pocket though! 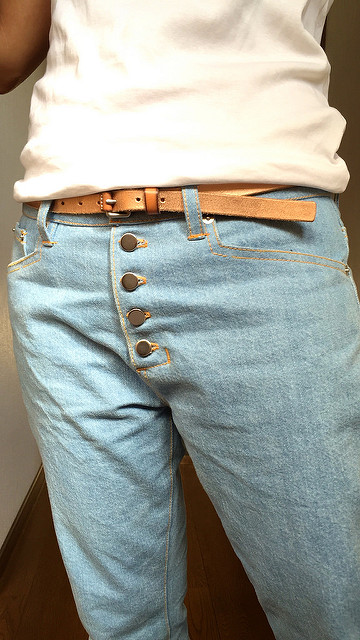 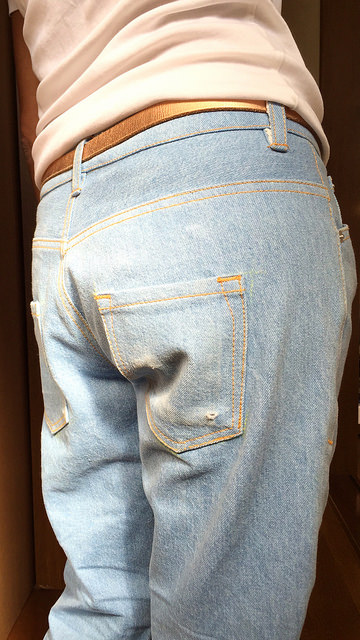