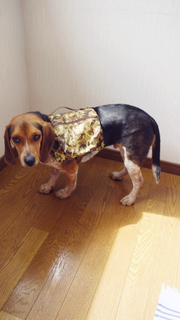 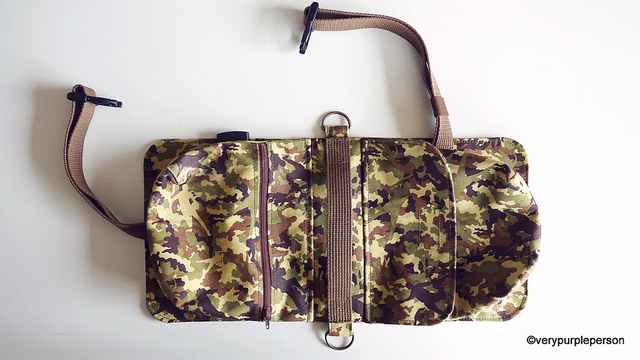 Monte has been with us for a week now. I take him for a walk twice a day and he seems to enjoy this routine. He’s very energetic though, which is quite good for a dog at his age. But it means that I get tired before he does, and he still needs more exercise to calm him down (or I need more exercise so I can keep up with him).

I read somewhere that wearing a backpack can give the dog more exercise and sometimes helps focusing his attention. Monte is pulling on the leash a lot and easily distracted by so many smells around him. Well, he is a beagle after all. I decided to make him a saddle bag and see if it can help with his exercise.

I was inspired by this Dog hiking backpack tutorial I found in Crafster, but I made my own measurements. The fabric is camo print cotton, the same as Sidra’s school bags and pouches. It is basically a rectangle base with two pouches attached on each side. The D-ring tabs were sandwiched between each layer of the base before it was turned right side out and topstitched around the edge. My base is 20 x 41 cm. 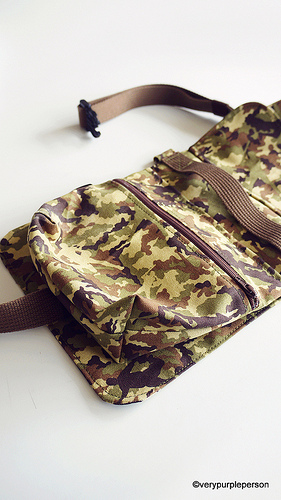 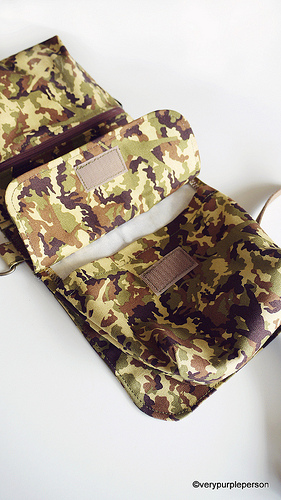 One of the pouches has zipper and the other is a pocket with flap and velcro closure. The reason was simply because I only had one zipper in this color. They were attached to the base the way you attached a pocket flap. 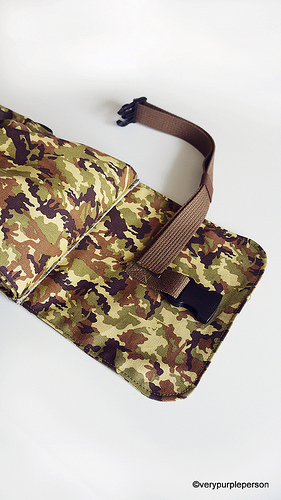 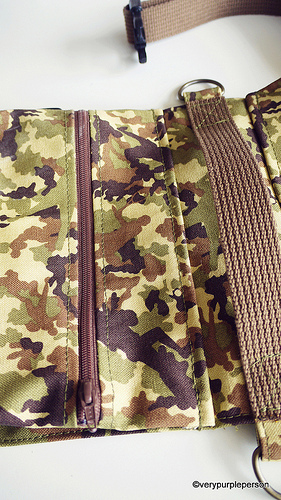 Then I stitched two sets of cotton webbing with plastic buckles on each end to the base underneath each pouches. One set goes down around his body and the other goes front around his chest. I also attached a handle on the top for easier placement. Each end of cotton webbing is reinforced by stitching a box with X mark inside. 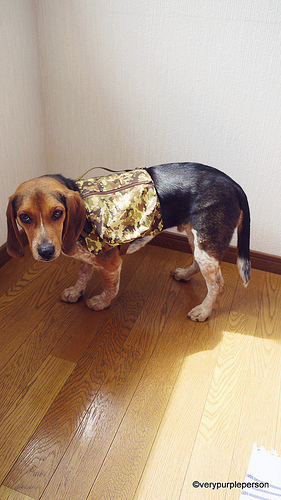 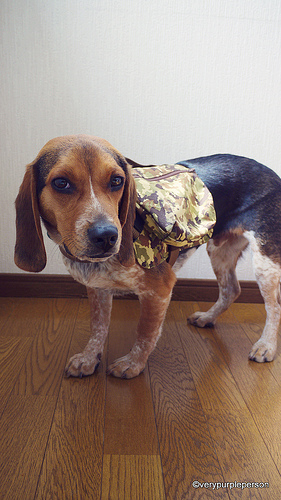 Awww look at that sad face! I think Monte was not thrilled with the saddle bag. He walked sluggishly the first time I put the bag on as if it was so heavy. In fact I just put his poo bags and some treats in it.

I took him for a walk with his saddle bag on. He slowed down and seemed to respond more to my command. I’m not sure if it was because of the bag or because he’s getting used with me though. Anyway he forgot about the bag soon and seemed happy as usual in his next walk. I took the bag out today for photos and he came to wagging his tail, I guess he thought I was going to take him for a walk! The bag also attracted people’s attention, maybe they think I’m too lazy to carry my dog’s poo 😛

On a more serious note, I don’t think we’re going to adopt Monte or any dogs soon. Maybe we’re going to keep fostering but still not sure about a long term one. I will post more about this, but for now I don’t really want to think about it because it makes me sad. I just want to enjoy the happy time with Monte as much as possible. Time will tell.