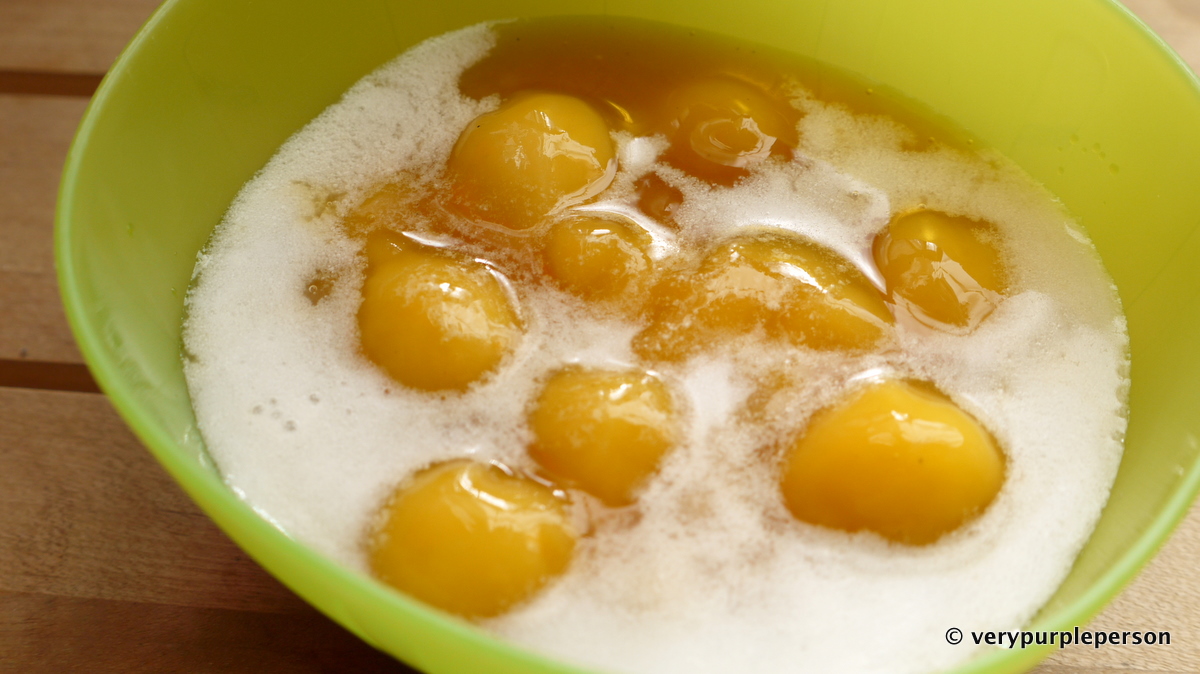 I joined a small cooking class in the neighborhood and they had a Christmas potluck party yesterday. I always got nervous whenever I have to meet people, and this time I had to make something edible for them! The fact that my skill in the kitchen is not something to be proud of didn’t help either. So I spent the whole week getting nervous about it.

I ended up making sweet Indonesian (Javanese) dessert called ‘Jenang Grendul’, it is one of my favorite food when I was a kid. This dessert is some kind of sweet porridge with little balls made of rice flour and mochi flour cooked in coconut sugar and pandan leaves, served with coconut milk sauce. It was a success! Everybody loved it but nobody could pronounce the name right. Sidra really liked it too and was sulking when he found out that the big pot of dessert was no longer there when he got back from school. I ended up making some more for him, using up my precious stash of coconut sugar.

There were mostly elderly women in the cooking class, and all of them were very nice to me, curiously asking about my country and getting all excited about, well, having a foreigner in the class. But as much as I love seeing them, I’m glad that the party was over. Meeting lots of people at the same time always makes me feeling so drained out that I need a few days break from anybody afterwards. It’s an amazing thing that I could survive working in fashion magazines for almost ten years when I was in Indonesia.

Anyway, this morning I stumbled across this post in No Big Dill, talking about rice-filled hand warmer. Born a tropical creature, I’m not equipped with any useful knowledge about surviving winter, so I’ve never heard such thing as rice-filled hand warmer. I told my husband that I was going to make them, and although he’s been living in Japan for 11 years, he has never heard of them either. I tried to explain it to him.

“It’s like small pillows, and we fill them with rice. Then we put them in the microwave for a minute or so.”

“And then you eat the rice?”

After he left for the office, I went ahead and made a pair of small cases from linen fabrics. I ran out of rice, so I used some leftover red beans from Sidra’s science project. Then I made covers for the small bags with some nani IRO linen with blue flowers pattern. The finished size is about 11×22 cm.

I put them in microwave for about 2 minutes and began putting them on my hand and neck. Ooooh! How come I hadn’t come across something like these before? They are so perfect! The heat was a bit moist and stayed longer that I had expected. The beans inside made them felt so comfortable on my skin. I’m going to make bigger ones! For my feet, for my back, for my neck! Hurray to some winter skill!