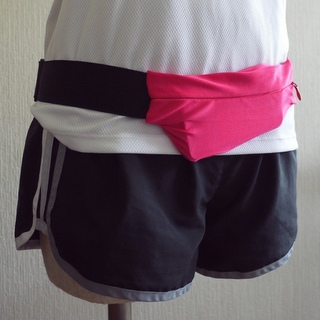 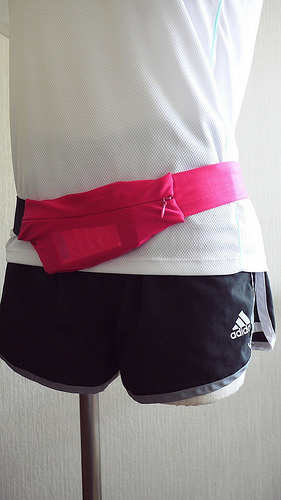 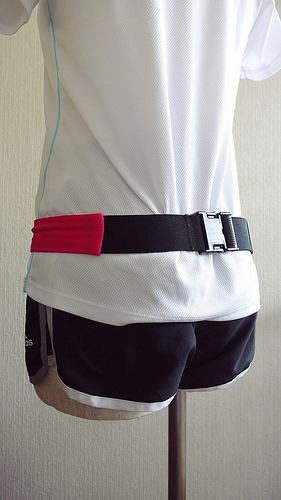 Since I moved to Japan my weight had been slowly creeping up. In the last 6 years I gained 6 kg, while before my weight stayed more or less the same since the college days. Recently I put on one of my handmade dress and it was tight around the waist! It was time to do something.

I decided to start doing exercise and running. I have to admit that I’m not big on exercise, mostly I spend my days on the couch behind my notebook. But there is a beautiful jogging track near my house so it would be a shame if I didn’t use it.

At first I had no idea where to put my phone and wallet when I run, I just crammed them into the little pocket of my running pants. But I kept worrying that they might fall so I went back to my beloved couch and notebook to browse for solutions. I found out that people use running belt to carry their small stuff. I didn’t want to buy so can I make it myself? Google told me that I can! 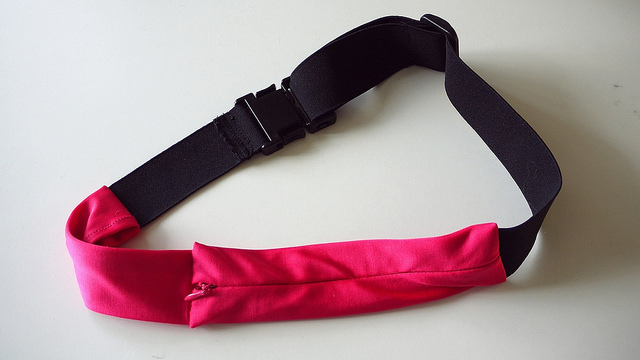 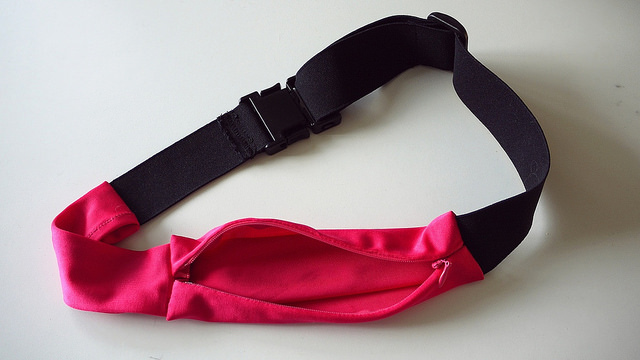 The fabric is leftover from my recent bra and the wide elastic is the same as used for my skirt. I only bought the plastic clips. The pouch may seem small when it is empty, but it is actually folded in the back. Along with the stretchy fabric, it can hold my phone, keys, and small wallet for ID card and coins. 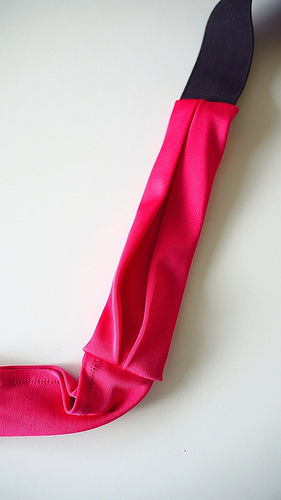 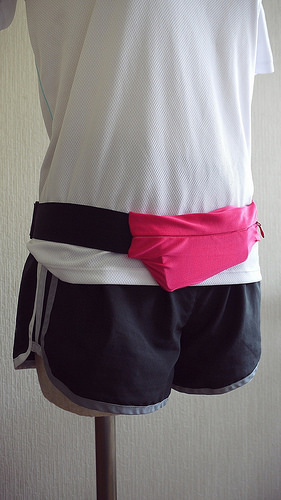 When I tweeted about the running belt, Melissa of Fehr Trade, who is an advanced runner, informed me of the running arm band pocket tutorial in her blog. I plan to make this one too! I use an app called Nike running to track the speed and distance so I think it is better if the phone is on my arm.

It has been about 2 weeks since I started doing exercise. At that time I weighed 47 kg (101 lbs), it may not seem much but I’m only 152 cm (4’11”) tall. All this additional weight also seem to accumulate around the waist so I don’t feel good with my body. So far I’ve shed 2.5 kg (5.5 lbs) so I’m quite happy. I dont want to go as skinny as 6 years ago but just getting rid of all these love handles. Sidra has often said that he wished I did routine excercise so I would be healthy until old age. I hope I can maintain the routine!

Do you exercise or run daily? How do you motivate yourself? And since I’m such a nerd, do you have a favorite exercise app?

An apron, another bag, and a pinch pouch