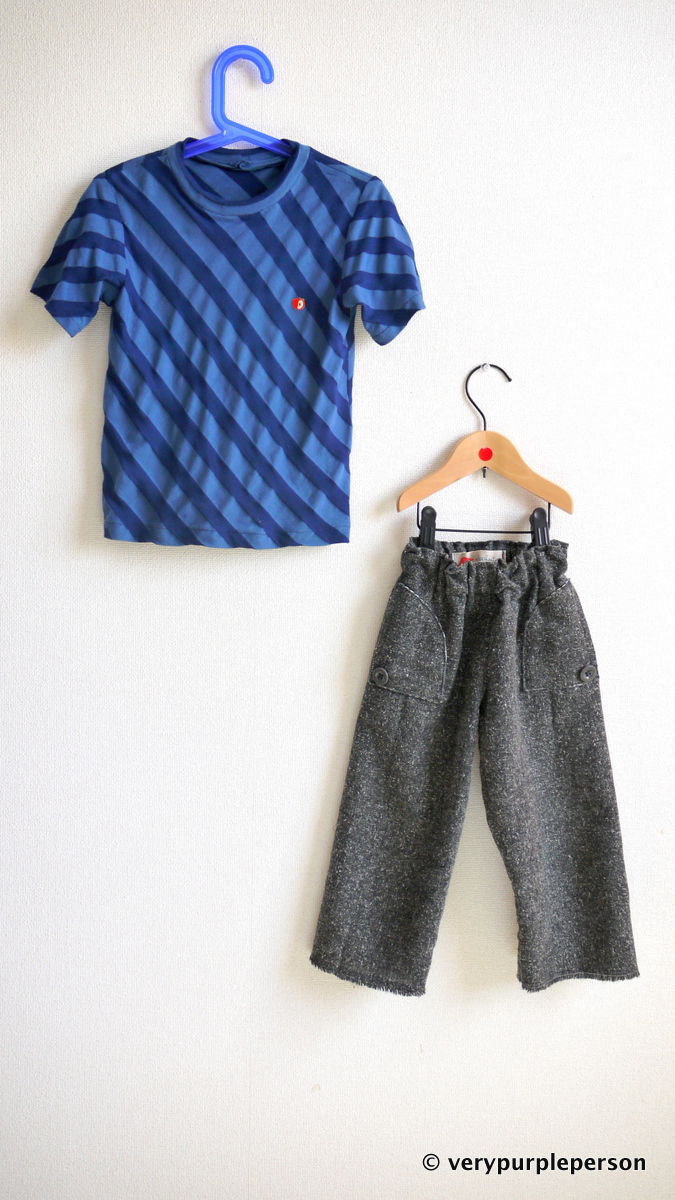 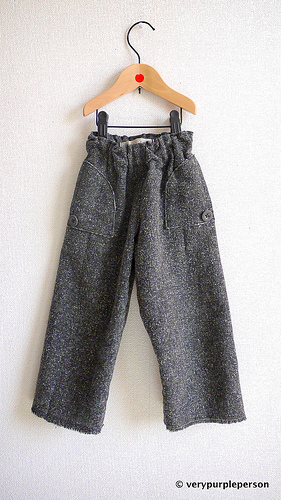 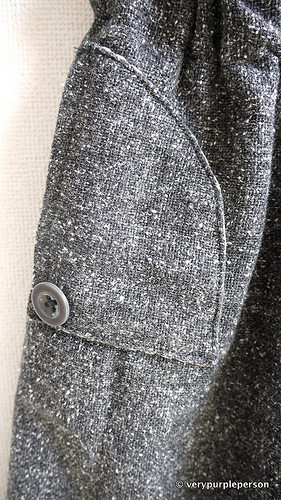 A couple of days ago was a national holiday in Japan, but it was raining the whole day so we stayed at home and got kinda bored. I went to my sewing room, trying to find things to do, and found this piece of grey tweed fabric that I bought a long time ago. It was only 50 cm and I had forgotten why I bought it in the first place. I decided to turn it into a pair of pants for Sidra.

It was a really simple pants, I use a pattern from R&D.M.Co-boys & girls that I have used so many times for Sidra, so it was finished quickly. Anyway, after I finished the pants, I remember that I had planned to use the fabric to make a bag. Too late for that, I guess. 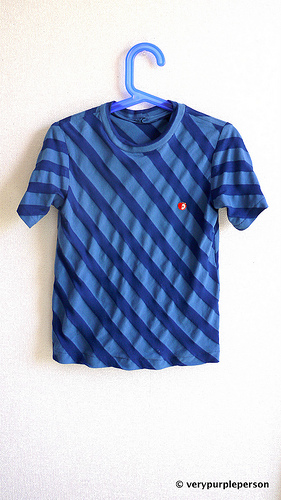 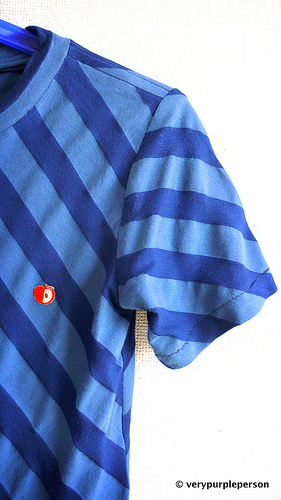 After finishing the pants, I made a curtain for bathroom area from a couple of meters of IKEA fabric with the famous bird print. Sorry, no picture because it was so hard taking pictures in the narrow hallway.

I went back to my computer and started browsing again when I found this tutorial on sewing with knits on Patterns by Figgy’s site and it inspired me to make a T-shirt for Sidra. I don’t have a serger, so I rarely work with knit fabric. The tutorial is for sewing knits with a regular sewing machine, perfect for me!

I went back to the sewing room and took this striped fabric from the stash. It was bought sometime ago in a spur, just because it was on sale and very cheap. I only cut a little to make a pants for my son’s rat plush toy, the rest was left in my high stash that I look at everyday with guilty feeling. So glad that I found that tutorial!

I use T-shirt pattern from simple+one and cut the fabric on diagonal so I wouldn’t get bored with sewing ordinary stripes. The T-shirt was sewed using zigzag stitches as mentioned in the tutorial, I also tried using stitch no.6 on my sewing machine with good result. There are so many stitches on my machine that I haven’t tried out! All the seam allowances are left raw, but knits won’t fray so it’s okay. I put a little iron-on patch apple on the shirt so it will be easy to differentiate the front from the back.

I’m really satisfied with the T-shirt. It looks like something store-bought on the outside, but a look closer will reveal that it is handmade and homemade. I will make more T-shirts from now on! (^_^)/ 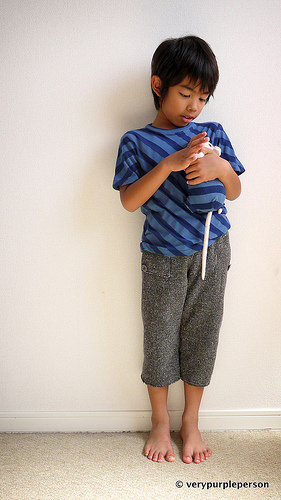 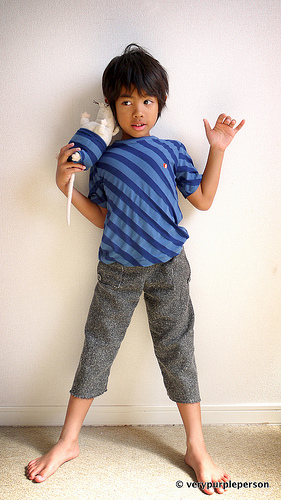 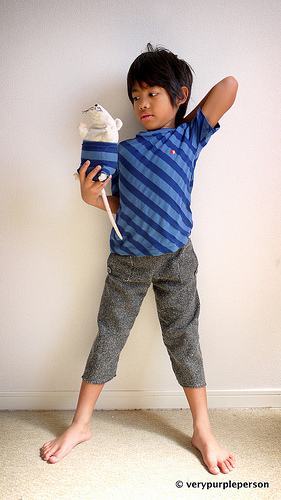 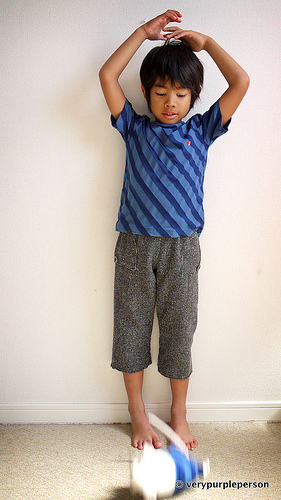