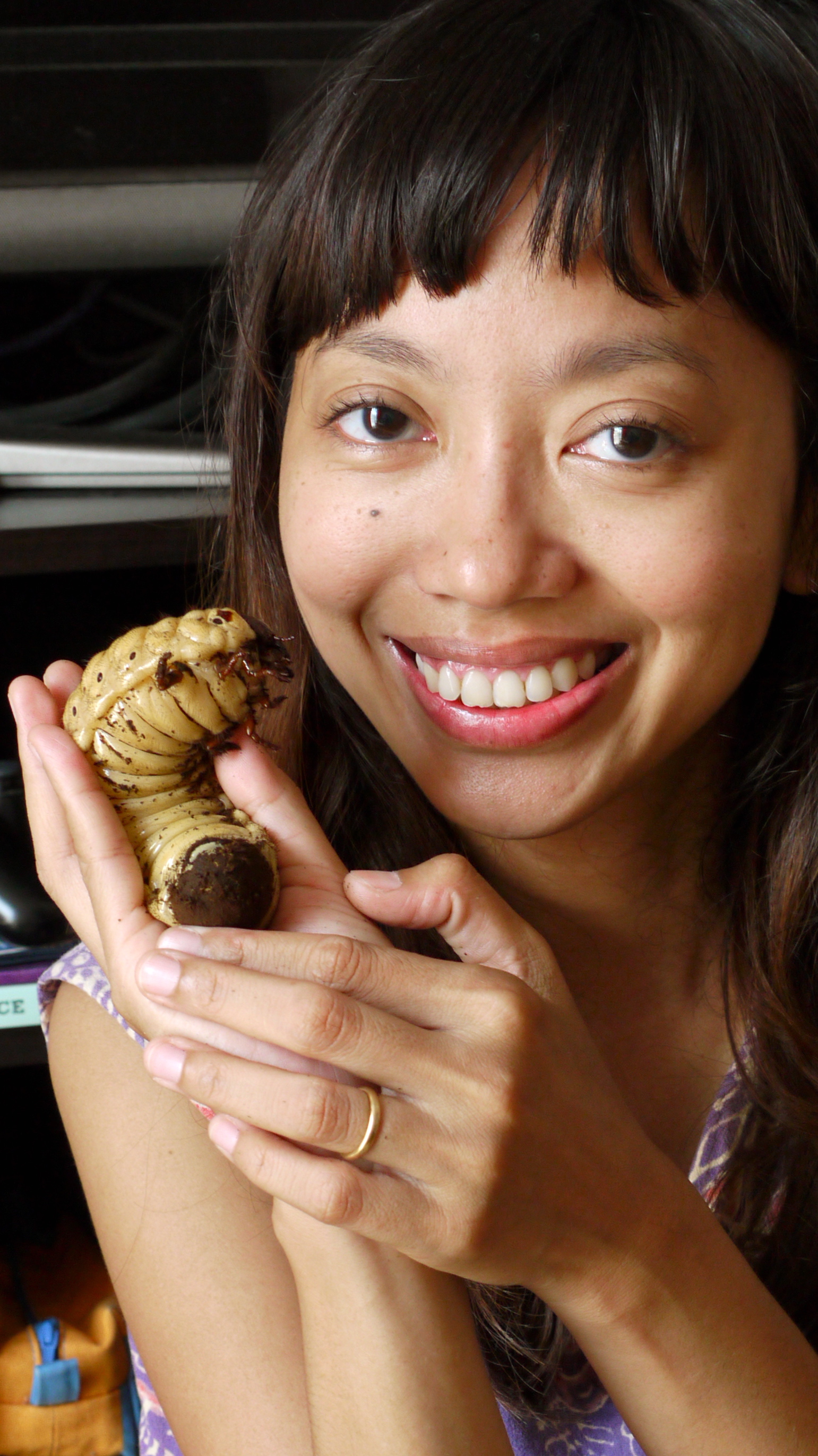 Soil change for our larva!

This morning, the three of us woke up in excitement  because today was the soil change day for our larva! It can only be done every 3-4 months, so this occasion is something that we are always waiting for. It has been almost a year since we bought the larva, and today is the third soil change.

The larva is growing slower now, the size is just a little bit bigger than the last time (March 2010), but the body is  a lot firmer. It also moved a lot when I held it, and when I put him on Sidra’s hand, it bit Sidra’s hand! I took it from Sidra’s hand and it bit my palm too! The larva has a pair of little mandibles that are used for digging the soil. I guess he was trying to ‘dig’ on Sidra’s and my hand. It was just a little pinch though, no serious damage has done.

My husband still refused to touch the larva, he said that he couldn’t touch it because he was busy taking pictures. Owkay. But I know that deep down his heart, he loves the larva too.

//Song credit: Be Gentle with Me by The Boy Least Likely To//