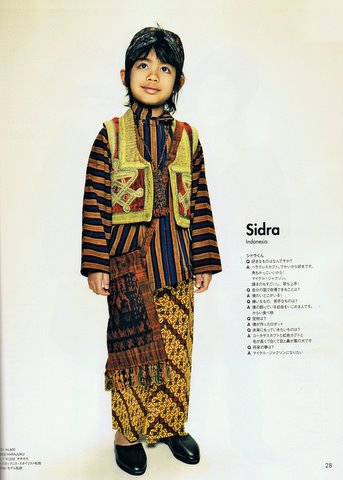 These pictures are from Sesame magazine, spring issue 2010, that was published this month. Sidra participated in  a picture article featuring children from several countries. That’s one page of him in the traditional Javanese clothes and a little interview on the side. The pictures were taken last month at Sesame studio.

I really love this magazine, not (just) because Sidra were in the magazine several times, but because the clothes are always unbearably cute! Sometimes I had ideas for my own outfit from this kid’s fashion magazine.

Q What do you like the most?
A Hercules stag beetle, because it’s very big! And it also has a cool horn.
Michael Jackson. Because he’s so good at dancing, and singing too!

Q What things from your home country that make you proud?
A I have cousins!

Q What do you hate the most?
A People who disturb my stag beetle larvae.
Spicy food.

Q What is your treasure?
A My handmade robot.

Q What do you want to have in the future?
A Caucasus stag beetle and rainbow stag beetle. And a dog with black eyes and nose and long, white fur.

Q What is your dream?
A I want to be Michael Jackson. 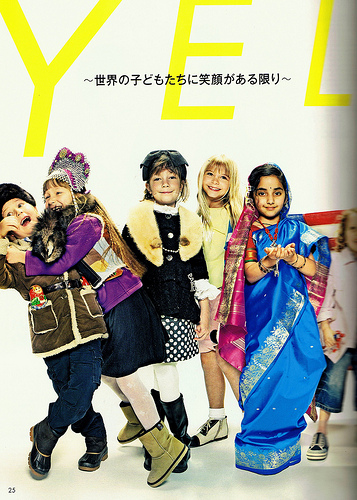 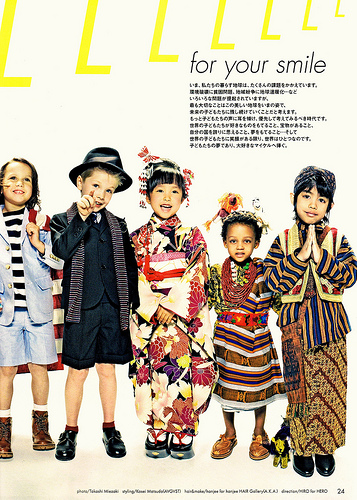 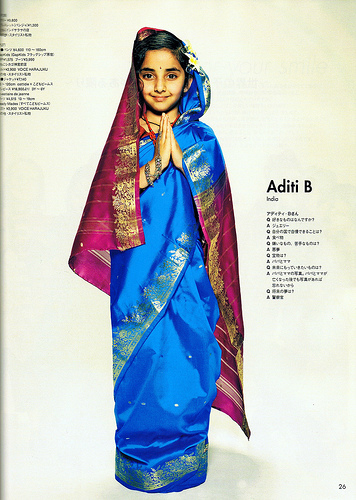 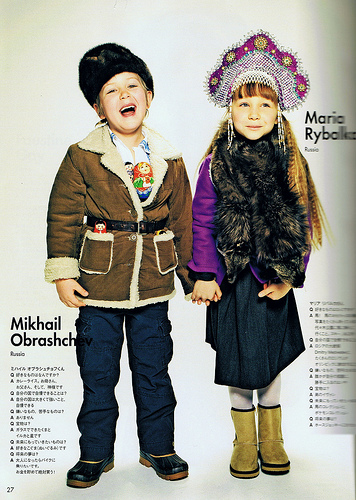 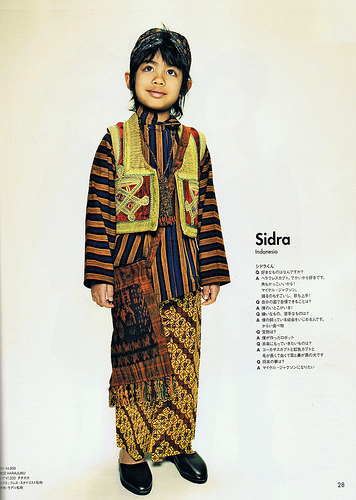 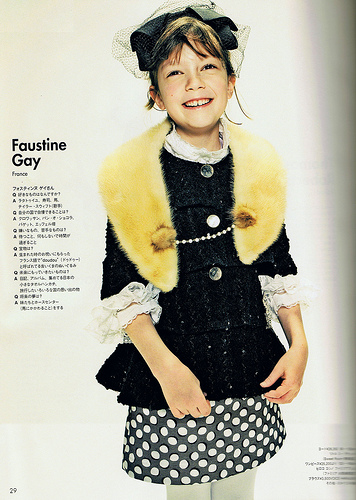 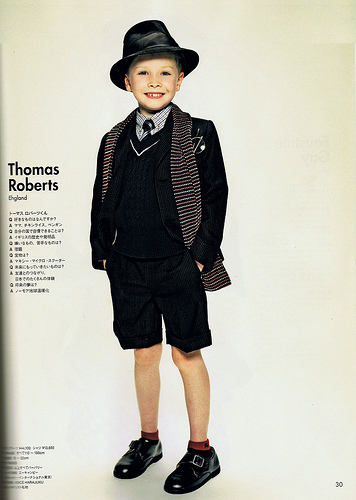 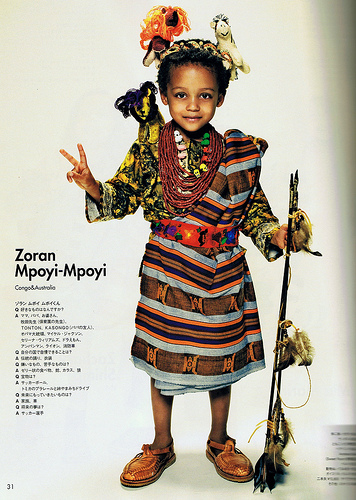 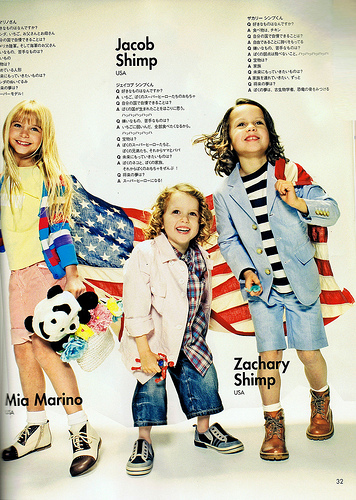 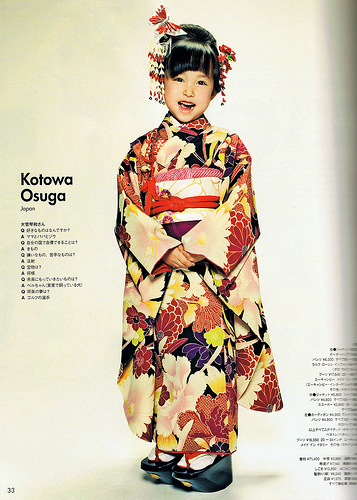