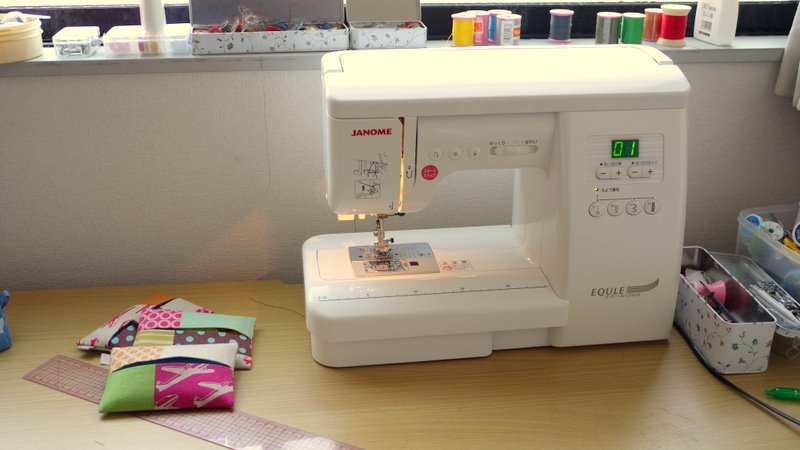 The bad news is, my Janome Agneau d’Or Y101 is now officially dead. We took it to a Janome dealer last week, a little shop in a nice small street. A nice woman greeted us and she gasped when we showed her a piece of fabric with loopy stitches on it.  She then tried to move the wheel but it was stuck. It wasn’t stuck before!

We told her about my sewing ‘habit’, she seemed impressed and asked permission to take some pictures of things that I made and worn that day, my dress and pencil pouch, Sidra’s jacket and bag, and my husband’s bag. She told us that she worked in the research department.

But apparently my poor machine couldn’t handle the load of works I had been forcing it to do. It is a sewing machine targeted for beginners, and actually it’s a very decent machine which can sew almost anything. I’ve used it to sew more than forty bags and almost the whole wardrobe of the family and it performed perfectly for almost two years. But since it was not meant to do such hard work, the sewing machine aged quickly and finally met its fate after finishing the last stitch of Sidra’s pants. See? It even finished the last job before it collapsed. What a decent machine.

The Janome woman said that we can trade the broken  machine for a discount for a newer one. She then proceeded to present a sewing machine in front of me, supposedly better suited for my needs. The machine was beautiful. I tried it and it felt different, it felt better. It doesn’t move around when I was using it. Its feet grabbed the fabric smoothly but strongly. It was love at first sight that I didn’t even bother to try the other sewing machine that the woman showed me.

My husband looked at me and asked, “Well?” I showed him my best puppy eyes. He turned to the Janome woman and said, “Yes, we’ll take it.” ♥♥♥

Here is my new sewing machine: Janome Equle CP4850! Click this link to go to the Janome page and see what it can do! It’s in Japanese and of course I can’t read it but it sure looks cool! 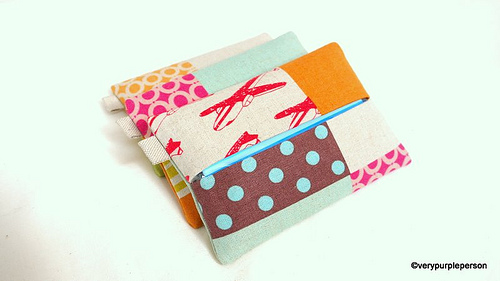 The machine arrived the next day (no delivery fee!) and I’ve eagerly tried it to make these tissue cases. They are pretty easy, but since some have asked, I’ve prepared a simple tutorial for making them. Will upload it later today!

Meet me in Shibuya!