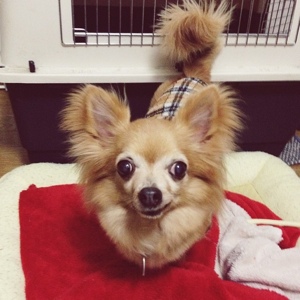 We’ve got a newcomer yesterday! Meet our new foster dog, Okowa the Chihuahua! Okowa is a 14 years old female chihuahua who had to go to ARK shelter since her owner was hospitalized and can no longer take care of her.

It is very sad to think that she has been loved her whole life and then had to live in a shelter in her old days. Okawa has been staying in ARK Osaka shelter for a year before she was moved to Tokyo in hope to find an adopter. Despite her age, she has no medical issues except for being toothless. Her coat is soft and shiny, she is also housebroken and has no behavior problem whatsoever.

Small dogs usually get adopted very soon here, maybe because Japanese houses and apartments are quite small. So it is quite unusual that a small dog with no particular problem like Okowa doesn’t find a home for such a long time. It is just her age that make people worry to adopt her, I hope she will find a loving home soon and she can spend her old days happily. 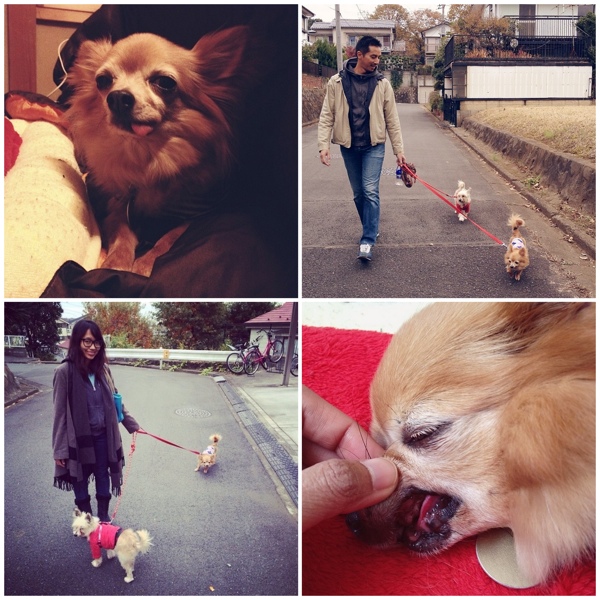 Fuwawa was not particularly excited about Okowa though. Maybe because Okowa was not interested to play with her. She also took Fuwawa’s heated bed for herself and Fuwawa was too soft-hearted to take it back. She kept looking at me with questions in her eyes. Poor Fuwawa! I’ll make you a new bed later! 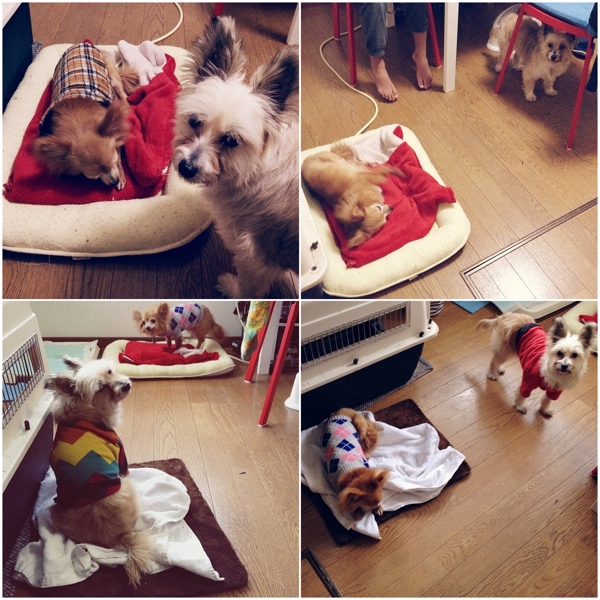