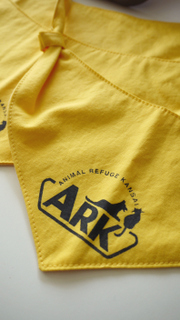 I recently volunteered to make these dog scarves for ARK to replace the worn-out ones. The old ones are slip-on type with casing to thread the collar, which is perfectly fine if there is only one or two dogs. But when there are five or more dogs, taking the collar off and putting it back again can be quite a hassle, so they asked me to make a non slip-on scarves.

After several prototypes, I came up with this one. The scarf is double layered, topstitched around the edge, has rounded edge, and a small loop to keep the ends of scarf together. I made it in 3 sizes. Since I didn’t have too much yellow fabric, the other side is from an old bedsheet in different shade of yellow.

Another problem was how to put the ARK logo on the scarves. One way is to use iron-on transfer paper, but they often don’t do quite well in washing machine. They also leave a thin layer of background on the fabric. It is actually quite transparent but since the logo has a lot of empty space inside, it still shows up. Of course I also didn’t look forward to ironing several scarves in this summer heat. The other alternative was screen printing. But I didn’t know how! Well, I can always learn, can’t I? 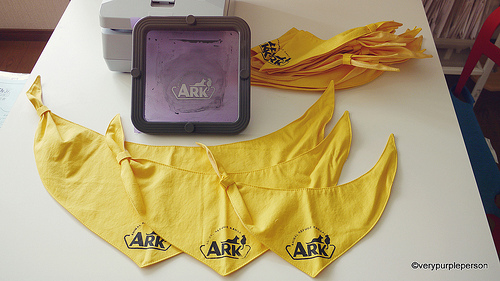 That was where T-shirt kun came in. I bought it in Sekaido, an art supply shop in Shinjuku. T-shirt kun is an easy screen printing kit with an exposure machine and enough equipments to make several small prints. I only had to put the screen on the frame, put them in the exposure machine and pushed the button. Several minutes later the light went off and I brushed the screen gently with water, then it is ready for screen printing! 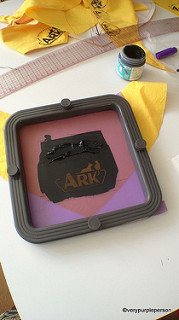 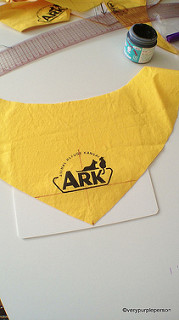 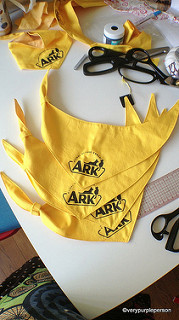 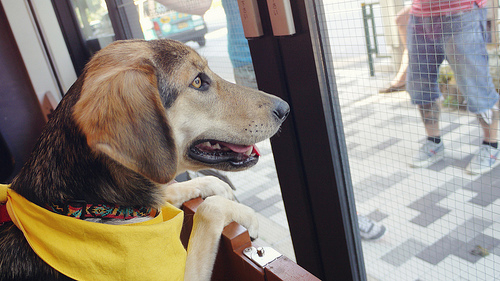 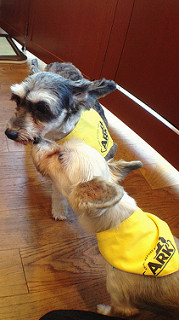 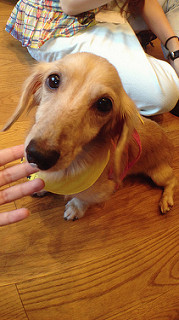 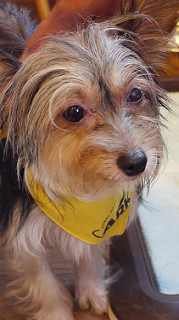