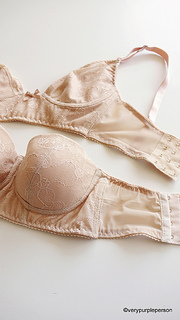 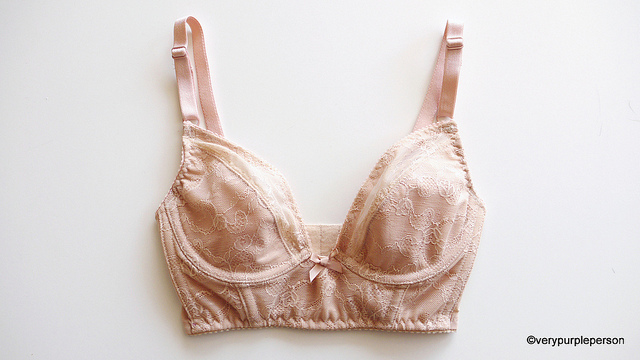 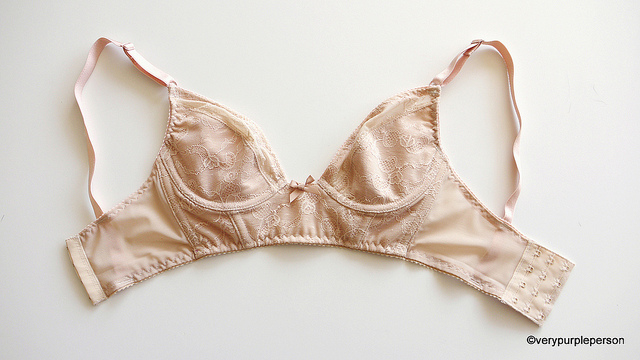 I’ve often heard that flesh colored underwear is a staple in every women’s wardrobe, which unfortunately I didn’t have any. So this time I stayed clear of my colorful lycra stash and made a couple of basic stuff.

The first one was made with Merckwaerdigh PBH30. From the description in Merckwaerdigh’s store: “a lovely mix of an underwired bra, bustier, body and thong body, all with a deep cleavage and pushing the bust up. This pattern requires some experience in handmade lingerie.”

I was inspired by Amy’s beautiful longline bra and modified this pattern to be a longline too. But instead of widening the band, I used the bustier pattern and shortened it. The lower cup is lined with lycra, it also has a pocket for inserting additional padding if needed. The upper cup is stretch lace finished with picot edge elastic. 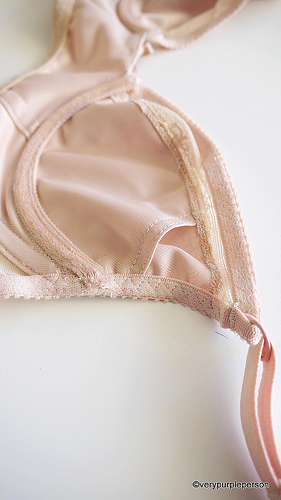 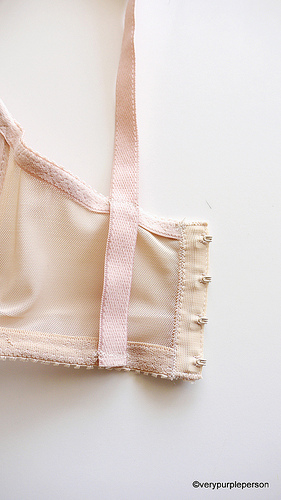 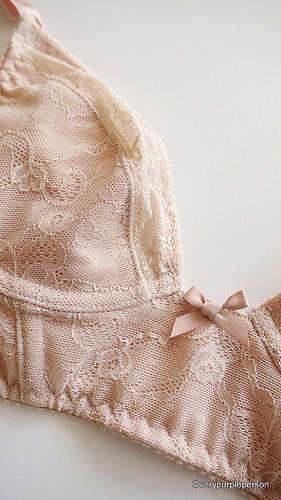 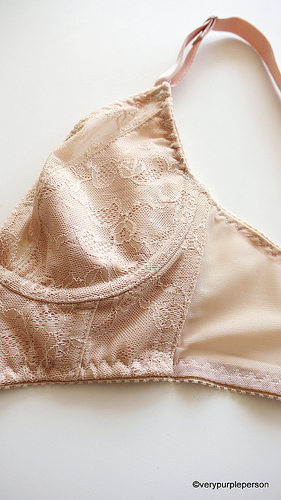 The bridge is also lined with non-stretch lining to completely stabilize it and the back band is strong powernet. All the seams are enclosed inside by sandwiching them between layers when sewing. The side seams have rigilene boning between the double topstitch. Initially I also added boning to the short seams under the cups but they made the bra too rigid and uncomfortable so I took them out. 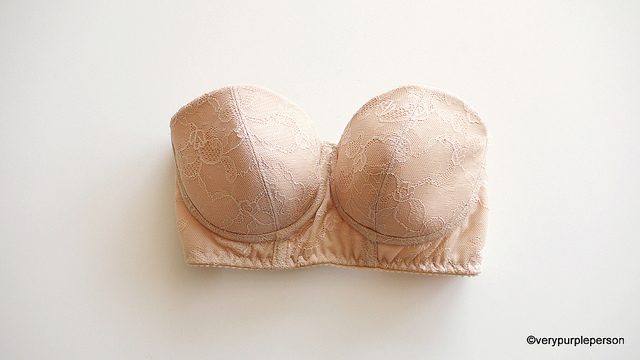 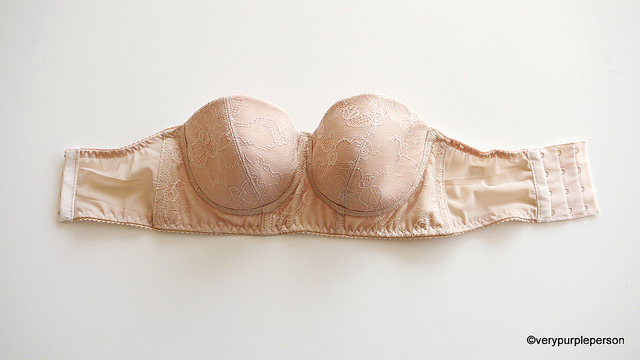 Actually I was going to make a matching panties for the bra when I came across this Merckwaerdigh pattern that I’ve never made yet, Merckwaerdigh Strap4. From the description in Merckwaerdigh’s store: “a lovely mix of strapless lingerie : a bra and a bustier – body – thongbody where the underwires are invisible at the outside. These designs can be worn as outer garments as well.” Well I didn’t have a strapless bra so it is time to make one! 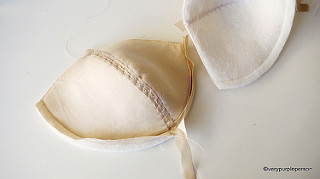 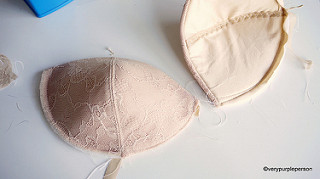 The construction of this bra needed padding which I didn’t have. I have tried looking for bra padding locally but never found it. Not to be discouraged, I tried making the padding myself using cotton batting lined with cotton jersey. The padding pieces were cut without seam allowance and basted to the cotton jersey before sewing. The pieces were then butted against each other and stitched together with 3 step zigzag stitch. I covered the seam using tulle strips and again stitched it down with 3 step zigzag stitch. I don’t think I should buy padding anymore! 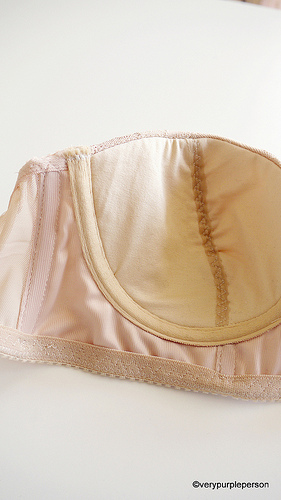 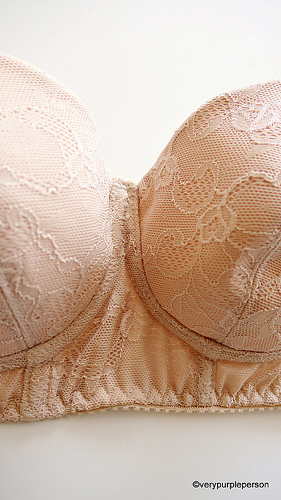 The construction of the bridge and band are similar to the push-up bra above. The side seams also has rigilene boning between double topstitch. I didn’t have strapless underwires that are longer than regular ones so I lowered the center front for the shorter underwires. I found out that my DIY padding were a bit too thick so next time I should use thinner batting. Lesson learned!

I usually have to shorten the band and narrow the bridge on Pin-Up Girls pattern, but I didn’t have to do them for both of these Merckwaerdigh patterns. Here’s my muslin for the push-up bra. I initially narrowed down the center front, thinking that I would need it. It turned out to be too narrow so I slashed down the center and added back the amount that I have taken. It fits perfectly! So I’m happy to say that I didn’t have to make too many fitting adjustments to both patterns.

I wish I can post a picture of me wearing these bras but you’ve just got to trust my husband who said that I looked spectacular in them! (I think he meant the push-up bra)

I was lucky to have an early preview of a book by Norma Loehr of Orange Lingerie that will be covering the basic of bra fitting and construction. She has also kindly sent me a bra making kit that I have made into these two bras. A lot of bra patterns are made with the assumption that the customer already has a bit of experience in lingerie making so the instructions are quite brief. A book who can cover the basic steps of bra making will be really helpful. I still can’t talk much about this upcoming book, so you will have to wait until Norma releases it, hopefully soon!

An apron, another bag, and a pinch pouch