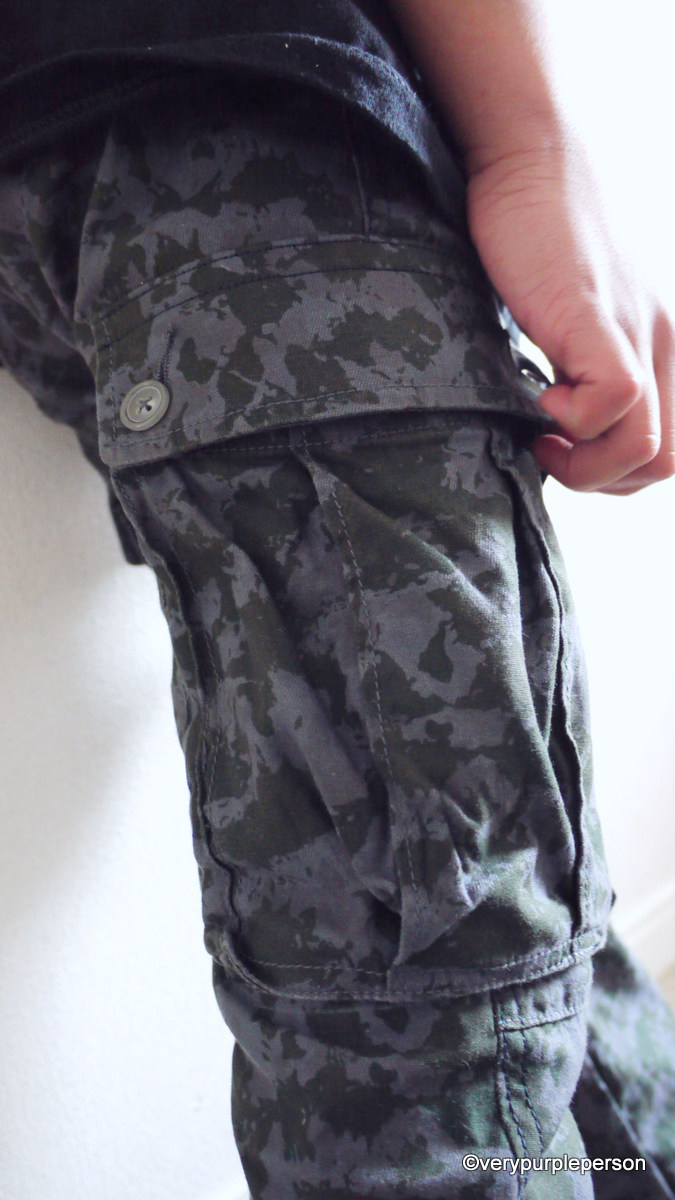 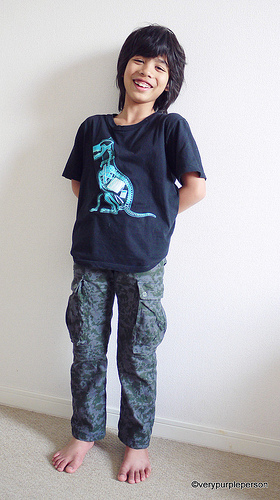 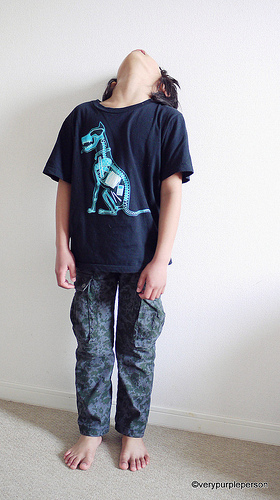 Sidra seems to be in constant needs of new pants. Several pants got short in what feels like overnight, the others got ripped and torn. Apparently it is rough out there playing with the boys.

I told Sidra that I was going to make him a new pair of pants and asked if he had any special request. He immediately said that he wanted his pants in camouflage print. I’m not too crazy about camo print, but I guess eveybody has their own preference.

Not wanting to shell some cash on a fresh batch of camo print fabric, I went to the nearest thrift store and bought an adult-size pants in the said print. The base pattern is from a Japanese pattern book, シンプル&ちょこっとデザイン おんなの子服おとこの子服 that I’ve used several times before. The cargo pockets and flaps are saved from the original pants.

There they are! You can see that Sidra is very happy with his new pants. Now he’s nagging me for more camo print outfit. 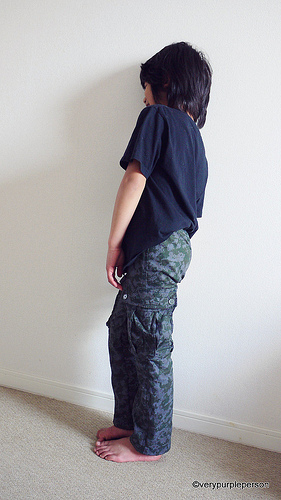 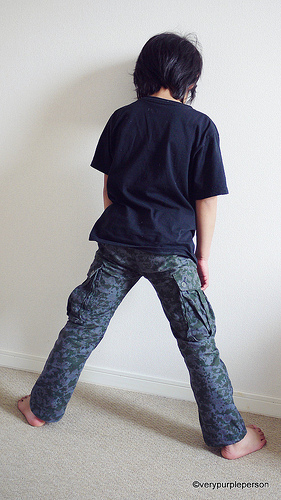 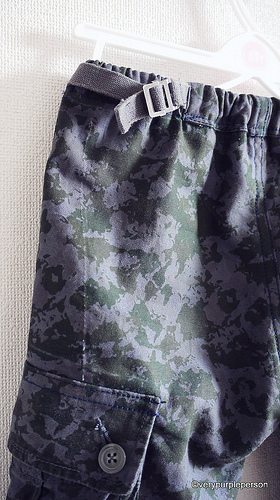 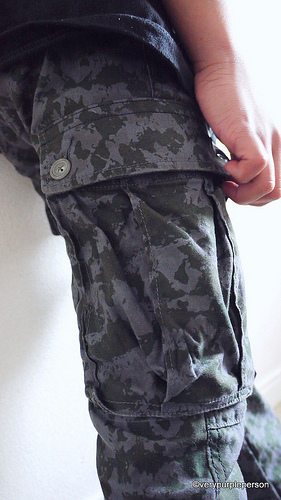 In another news, there is a newcomer in my sewing room! I’m so excited!

Some kind of tutorial for cowl and hand-warmers