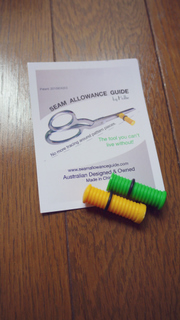 As someone who often uses Japanese pattern and draft my own pattern, the last step after drafting and tracing is something that I like the least: adding seam allowances. Sometimes I forget to add spaces between pattern pieces, so I had to tape new piece of paper or trace the whole pattern piece altogether, which taking so much of oh my precioussss sewing time.

I’m sure you know what I’m talking about as only fellow seamstresses share the same thing, and I wonder why I never came across any tool that address this problem. Until one day  Hollie offered me to try her new sewing tool invention, which is simply called ‘Seam Allowance Guide’, of course I immediately agreed!

The tool looks very simple, it is shaped somewhat like a thick, blunt, screw, made from plastic with a black rubber rubber band on it and a strong magnet on one side. There are two tools included in the package, green for scissors with no slope and yellow for scissors with slope. It is attached to the side of scissor on the magnet side and the black rubber band can be moved around to the desirable width of seam allowance. So simple and so neat, isn’t it? 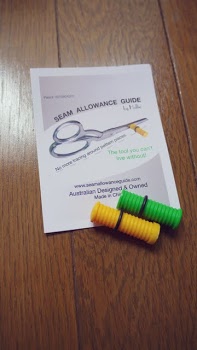 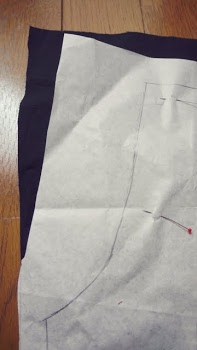 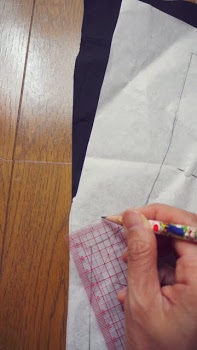 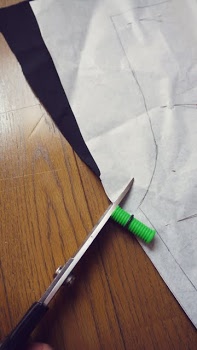 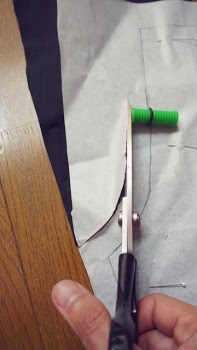 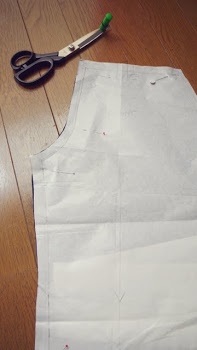 You can go to the Seam Allowance Guide site to check out this neat tool. Hollie also generously sent me some extras, which I put up here for a giveaway so you can also have a try! If you’d like to have the seam allowance guide, please leave a comment on this post and I will send it to anywhere you are. I will draw the winners randomly if there are more than four people who are interested. The winners will be announced this Friday, May 6, 2011. Happy sewing! 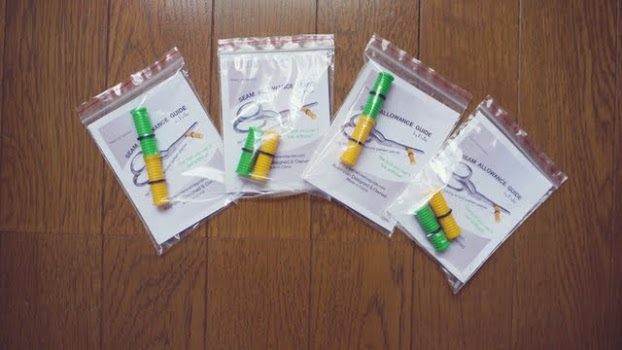 This giveaway is now closed. Thank you!