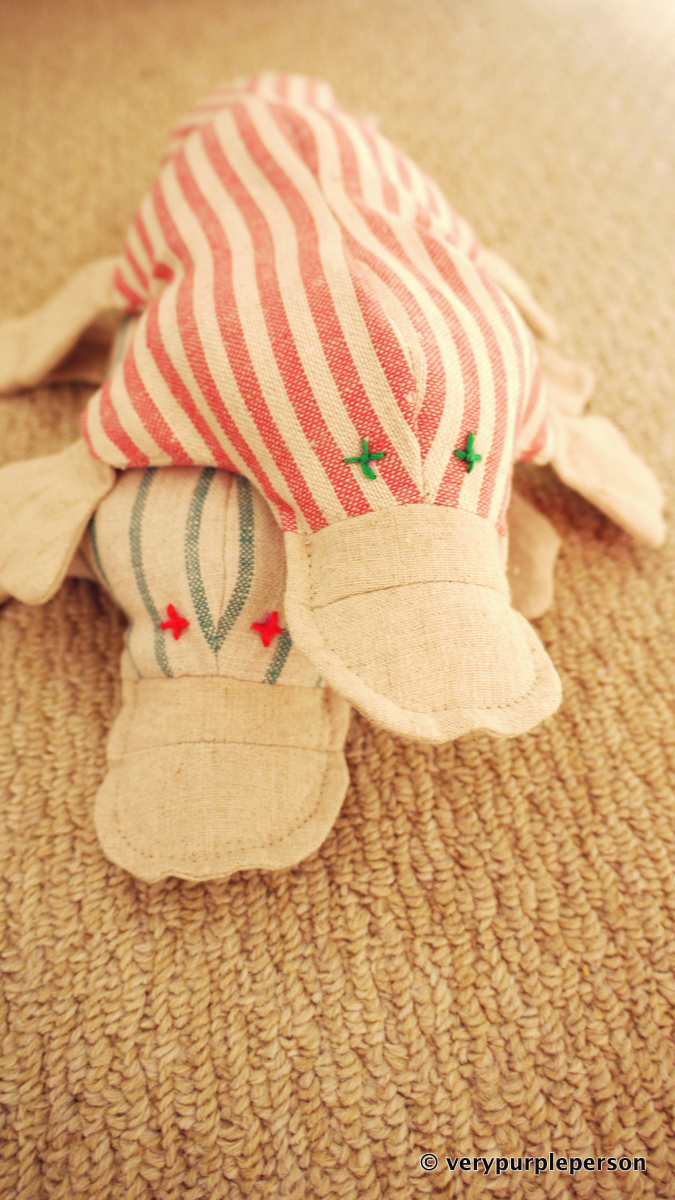 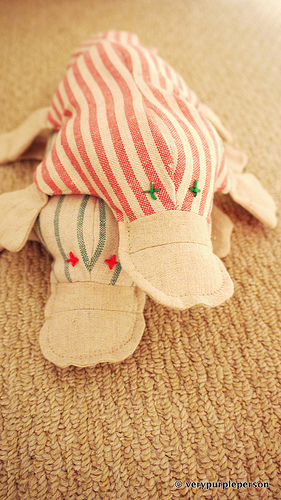 Since moving to Tokyo, Sidra has been exposed to Christmas things and activities from friends and school, so it’s only natural that he wants to have Christmas too at home. Last year, I bought him a (very) small Christmas tree that he can decorate at home with those blinking lights and all. He was very happy about it. This year, my husband and I are planning to give him Christmas presents too because he has been asking for them.

Actually we don’ usually celebrate Christmas or any other days. The things celebrated in our home are only birthdays and anniversaries. With only three people at home, it means that there are less than five days in a year to celebrate. So I think it’s pretty nice to have more occasion other than birthdays to celebrate something. Maybe I’ll do the Halloween too next year.

Sidra and I are invited to a small Christmas party next week, and I made these platypuses for gifts exchange. I’ve used this pattern several times, it is so quick, easy, with adorable result. These platypuses are actually rice hand-warmers. I shrank the original pattern to 80% to make it the right size for hand warmers. The platypuses can also be used as wrist pad too! They were filled with rice and a teaspoon of ground cinnamon, the idea is from Farah in her coment here. I’ve tried putting them in microwave for one minute and they smelled so good! Thank you, Farah!

Initially I made the platypus with green knit, red furry fleece, and tiny pompom eyes. But I think it looks too Christmas-y (if there’s such word). It looks so… red and green. Sidra wanted it, so I gave it to him and made another two. They are made with linen scraps, striped linen for the body and plain linen for the bill and feet. The eyes are hand-embroidered in + shape, I don’t want to use plastic eyes because I don’t know if it’s okay to microwave them.

I love them! Sidra didn’t like the eyes, though. “It’s kawaii-so… (a pity),” he said. My husband said that they were just having dizzy heads. Ha-ha-ha. I hope whoever got them in the gift exchange will be happy! 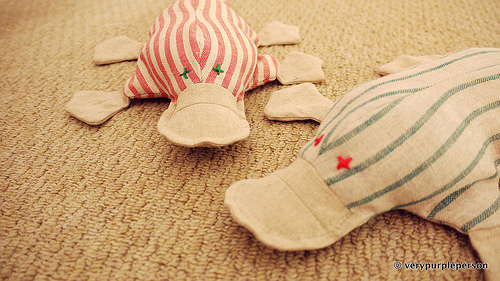 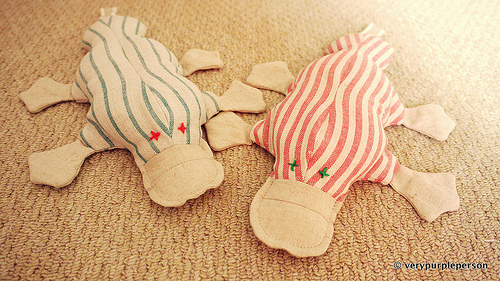 Pattern is from Funky Friends factory.