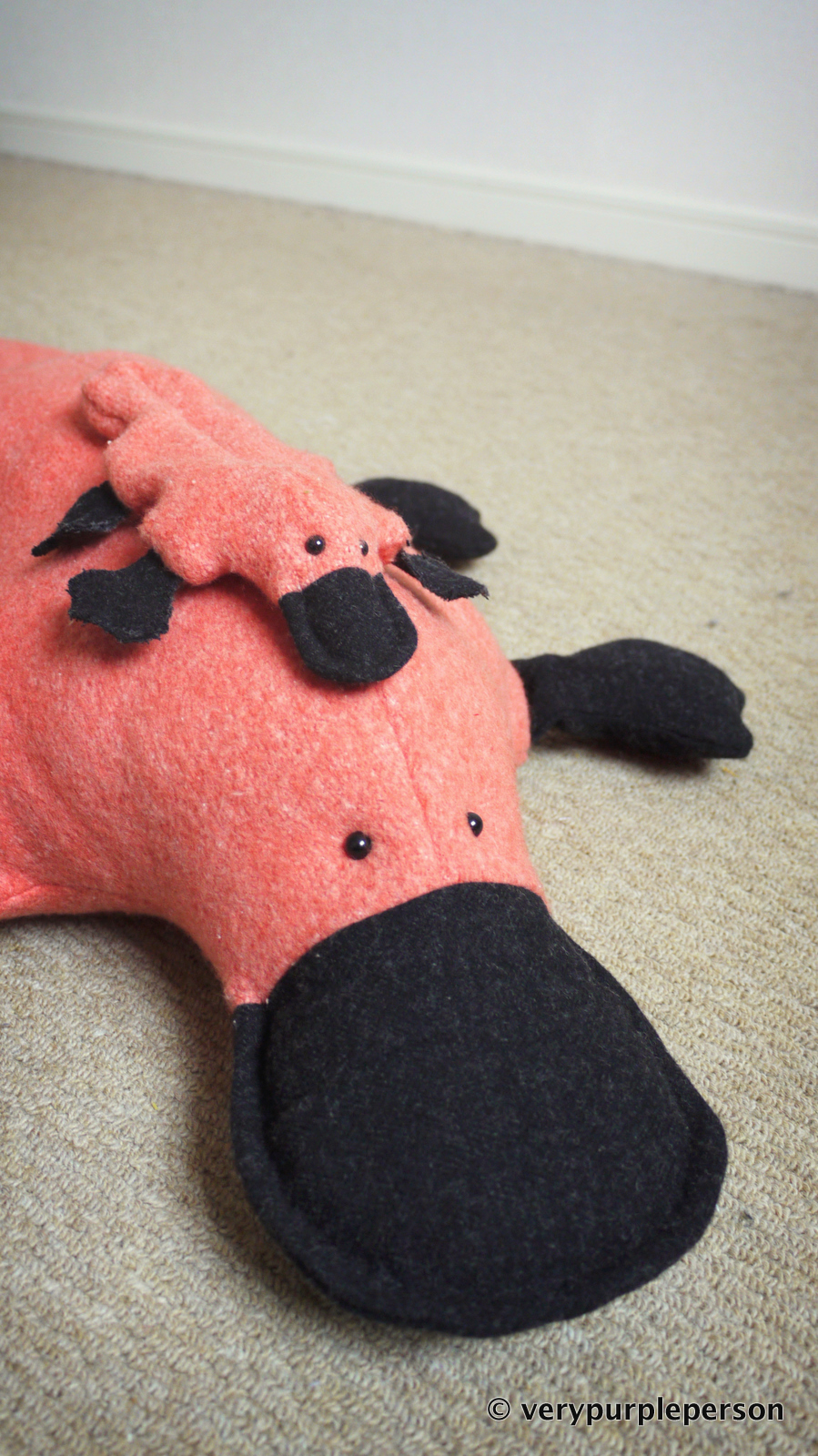 Today is my husband’s 40th birthday! Sidra and I had been thinking about a present for Papa, and he (sneakily) suggested that I should make a plush doll for Papa. Actually my husband likes plushies and other cute stuff, but he never bought one for himself because… , well, because he’s a grown man, I guess? So I think it’s time he has his own plush toy.

I let Sidra choose a plushie pattern from Funky Friends Factory, but this time I went directly to the website to buy the PDF pattern. Sidra chose this Platypus pattern for Papa, it’s a very cute and easy pattern, almost like sewing a pillow! The fabric is pink/reddish wool knit and scraps of black wool for its beak and feet. I enlarged the pattern by 200% to make a giant platypus. 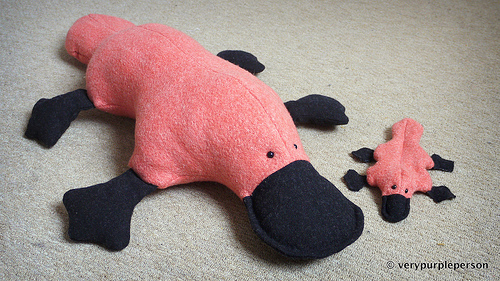 My husband was working at home yesterday, so I went to the sewing room to make the platypus. Fortunately, he is so used to seeing me sewing something, so he didn’t ask what I was making. I showed the platypus to Sidra when he got back from school, and he couldn’t stop grinning from ear to ear after he saw it. He kept asking me to see the platypus that I hid in the sewing room. Keeping a secret is such a hard thing to do for a seven years old! 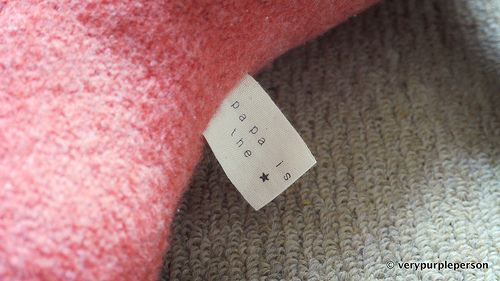 Sidra kept grinning every time he remembered the platypus and my husband started to wonder why. So I went to the sewing room again and made this mini platypus for Sidra. The pattern is free with membership. The platypus is not stuffed, it has a zippered belly so Sidra can put his coins in it. It also has a keyring on its tail so it can be attached to Sidra’s bag. I gave it to Sidra and he was very happy! At least he had reason to keep grinning now!

We gave the giant platypus to my husband this morning, along with a drawing from Sidra. You can see that there’s a platypus in the middle of the drawing. There’s also a monster, a fox, a tiny one-eyed monster, and along the edge is an adventure story of an octopus who becomes takoyaki (grilled octopus ball) at the end. I have no idea what it has to do with Papa’s birthday though.

Here’s the birthday boy with his brand new platypus! 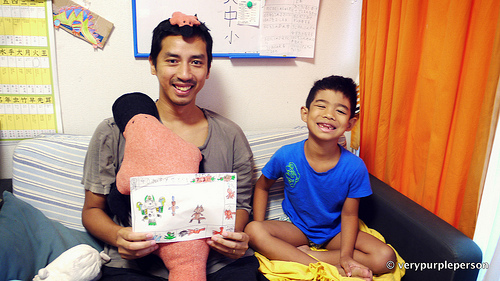 It’s his fourth birthday that we celebrated together, and my heart still flutters everytime I gaze into his eyes ‎(♥.♥)

EDIT:
I just found out that there is a free pattern for the platypus here. It just needs to be enlarged 🙂