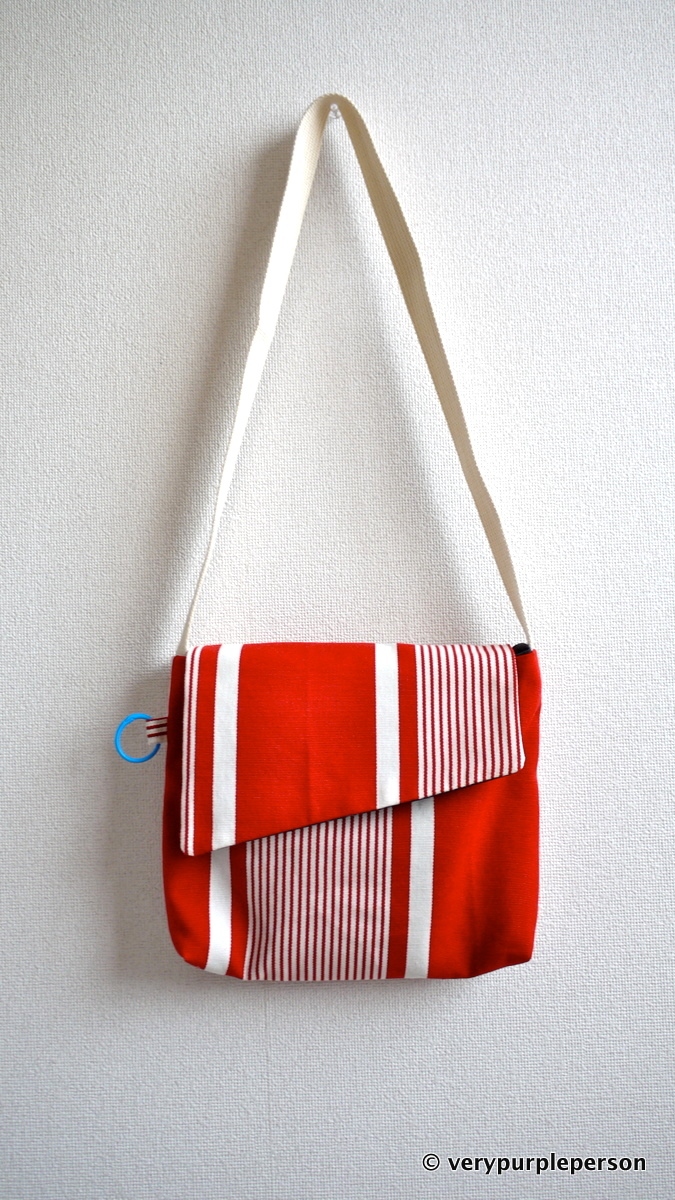 Summer holiday has officially started since yesterday! It’s also getting hotter and hotter now. Strangely, I never sweat that much. Most of the time there’s only a layer of ‘glow’ over my face while my husband and other people are literally drenched in sweat. Not that it’s a good news. While my powder stay in place, I would get overheated inside, feel bloated and out of breath. It’s awful. I wonder if any of you has the same problem?

Anyway, I haven’t made any progress in my Burdastyle Book project, which by the way has to be sent by next week, instead I made some bags for Sidra and my husband. The fabric is this beautiful red stripes canvas that I found in Asakusabashi. It was kinda pricey, about $34 per metre, so I only bought half a metre. I managed to make two bags out of it because the width is 150 cm. 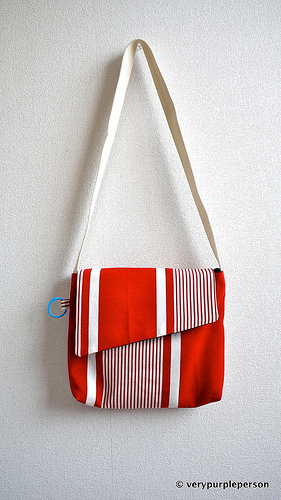 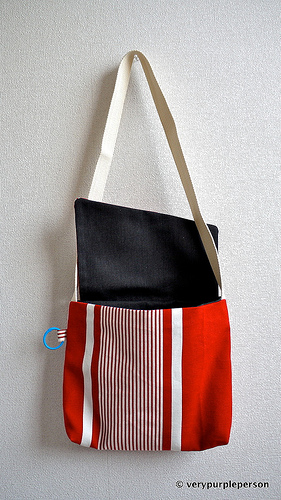 I’ve made a messenger bag for Sidra about two years ago, he uses it everyday and it is now worn and faded. The new one has simpler shape, no fastening or pockets at all because Sidra never uses them anyway. I use plain cotton webbing for the straps and attach some colourful plastic rings on the tabs so he can put keyrings or other stuff to them. 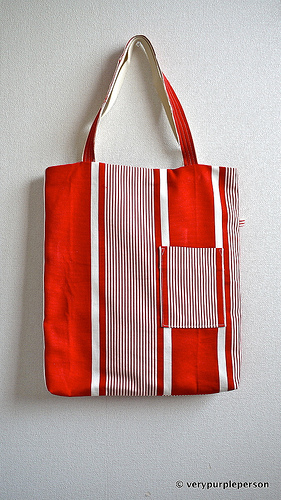 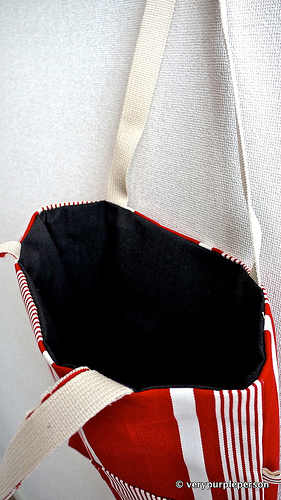 My husband has a lot of tote bags, he loves them and always carries one everywhere. I think he change bags more than I do! I kinda stick to one bag and put everything in it until it gets dirty before I change to another bag. I made him another big tote bag like this one with the red stripes fabric, the lining is dark -almost black- twill fabric that’s also used for Sidra’s bag. I put one pocket on the outside and one on the inside. Now they have matching bags! 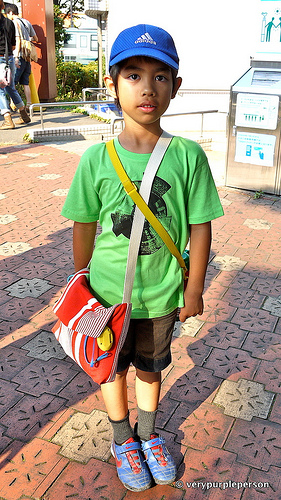 Sidra was happy to have a new bag and he brings it to a trip with his art club today. He was still a bit sleepy when we dropped him off at the bus station this morning. I took this picture of him there. Unfortunately my husband refused to get his picture taken today because he was drenched in sweat after biking from our house to the station. But he loves his new bag!