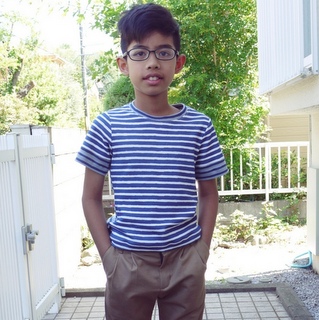 One day Sidra declared that he no longer wanted to wear ‘T-shirts with faces on it’, which means most of his T-shirts. He said that these T-shirts are too childish which doesn’t make sense because he is a child after all! But anyway he’s in constant need of new clothing as he keeps growing, so I made him some new ones.

The first one is a striped T-shirt with little pocket made with leftover fabric from my striped Jorna dress, the pattern is from one of my Japanese pattern book. He quite likes it so I bought some cotton jersey with these interesting stripes. I’ve seen some T-shirts with stripes in different color and I wanted to make him one. 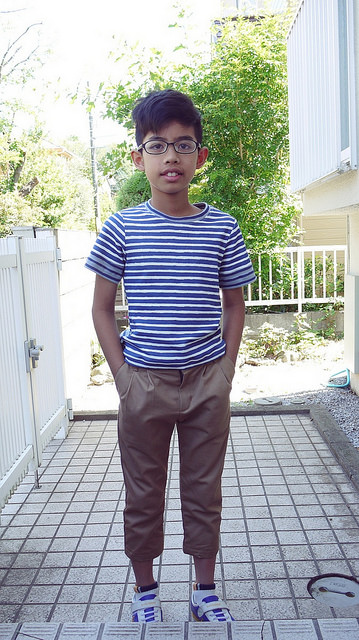 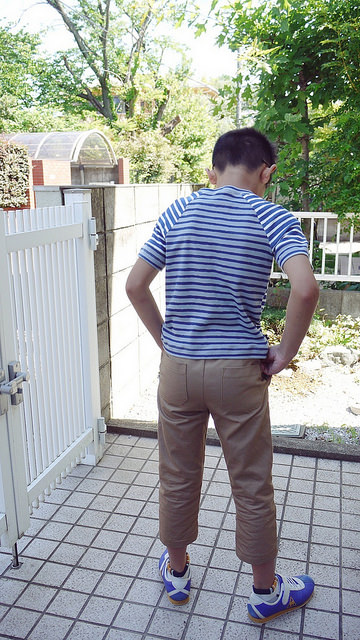 The pattern is Biscuit by Tamanegi-Kobo, a Japanese pattern store. The sleeves are cut in such a way that from the front they look like a regular T-shirt sleeves, but from the back they are has raglan sleeves. The pattern is in Japanese but it is a simple one so you won’t find too many difficulties making it. It is also a free downloadable pattern! 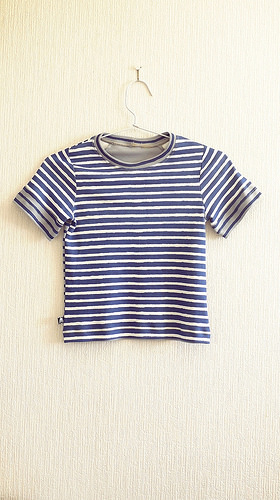 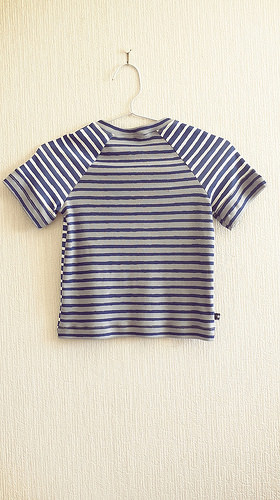 I regretted that I only bought 50 cm of each stripes fabric. Turned out that he’s taller than I thought and needed a bit more in length. Initially I didn’t plan to use different pattern on the sleeves but they were also a bit short so I added a strip of different fabric to lengthen them. 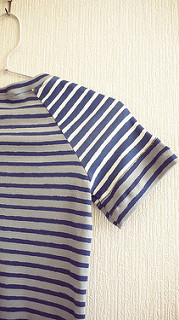 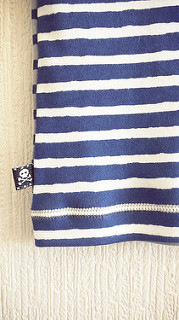 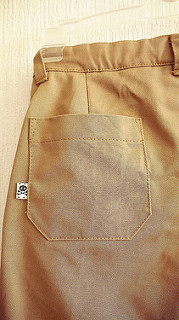 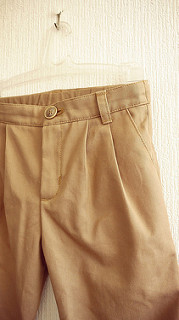 I also made a pair of pants with cotton twill in dark khaki color. The pattern is Banyan trousers by Figgy’s, I have bought this pattern sometime ago but never had the chance to make it. Although Sidra is 11 years old, his size matched size 6-7 to this pattern. He wanted his pants about calf length so I didn’t have to lengthen the legs at all. 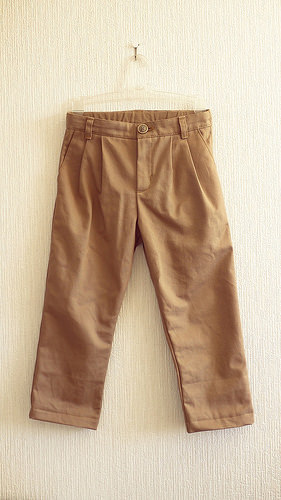 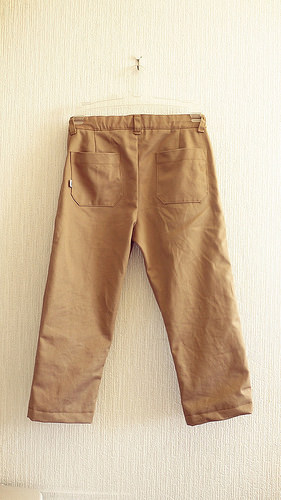 The pairings of striped T-shirt and calf-length khaki pants is actually quite trendy right now here, so I think he looks like a mini adult in his new outfit! 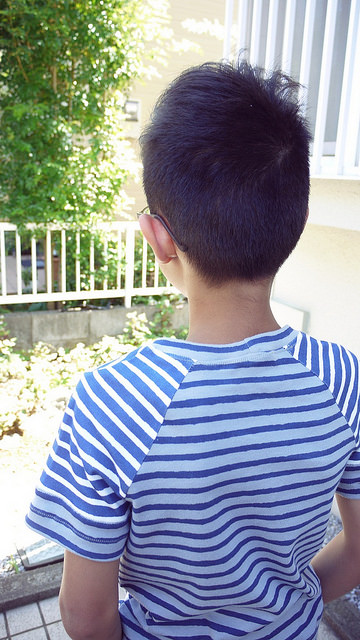 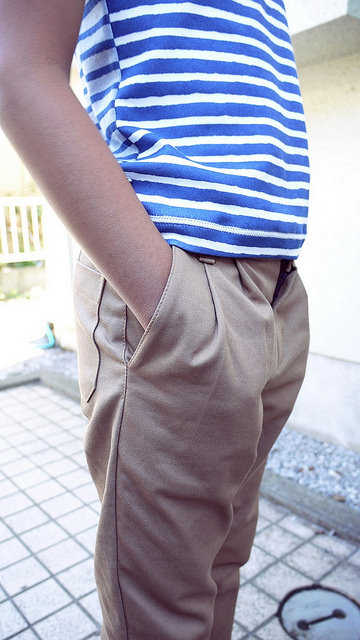 On another note, Sidra has now reached more than 130 cm in height which is the tallest size in most Japanese kids pattern books. Since I won’t be using these books anymore, I set up a store to sell them: Fuwawa Sensei. There’s also sewing pattern books for women and other Japanese craft books, most are still in good condition. Please visit the store and thank you!

On the sewing table