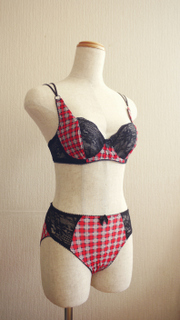 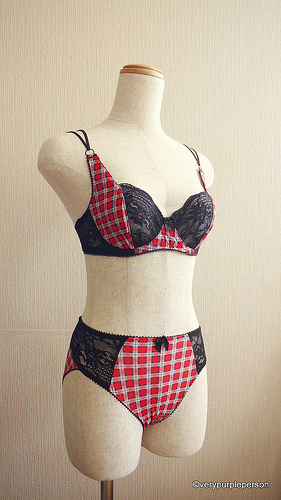 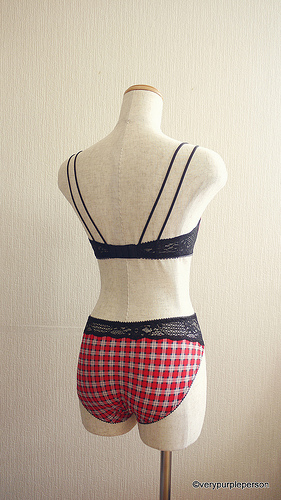 A lingerie set with plaid lycra and black stretch lace. The plaid lycra is from elingeria closing down sale a few months ago. I’m still sad that they are closed! The stretch lace and lingerie notions are from Merckwaerdigh ebay store.

The pattern is Merckwaerdigh MIX30, I have used the panties pattern numerous times. The bra pattern was also used a couple of times before but this time was in the right size. I started with size 30D and shortened the band slightly to make it size 28E.

This is the only alteration I did on this pattern. I found out that with Merckwaerdigh patterns, I don’t have to narrow the bridge like in Pin-up Girls pattern.

I stitched transparent elastic along the edge of the upper cup using 3 step zigzag stitches. Initially I tried to use narrow cup elastic but the sewing machine kept ‘eating’ them. Then the upper cup was sandwiched between the lower cup and the cup lining so the seams are enclosed inside. The bridge is also lined with non-stretch lining. 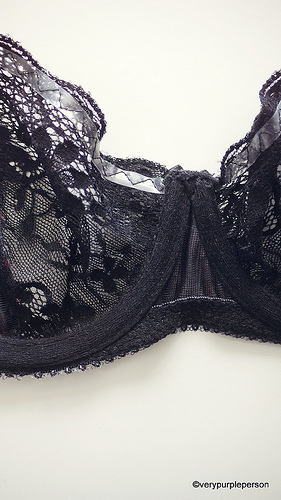 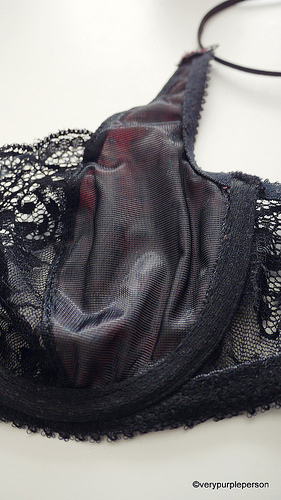 I also played with the straps a bit, using double spaghetti straps instead of the usual wide one. They are not as comfortable as ordinary straps but not really bothering me. I think the straps look kinda nice worn under slightly transparent top. 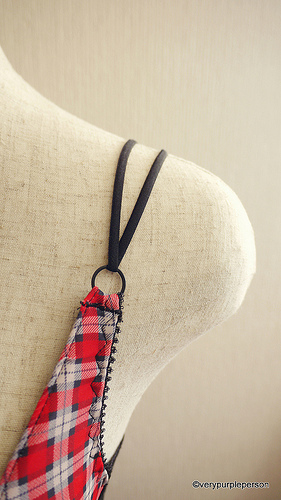 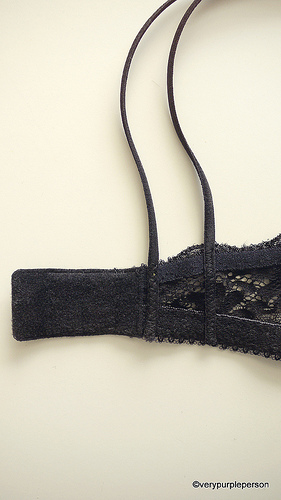 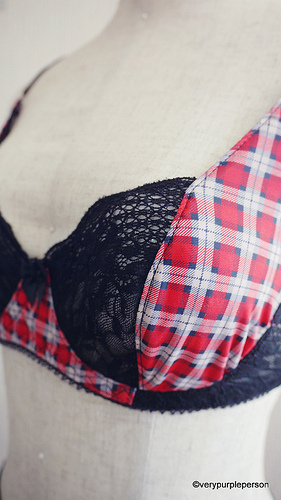 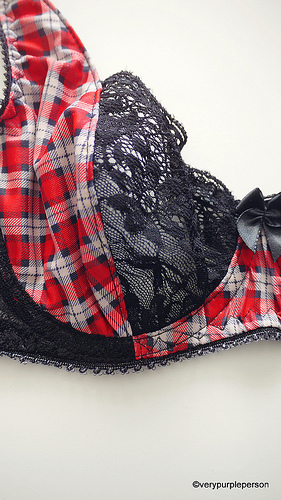 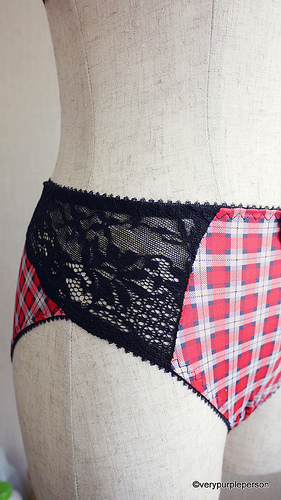 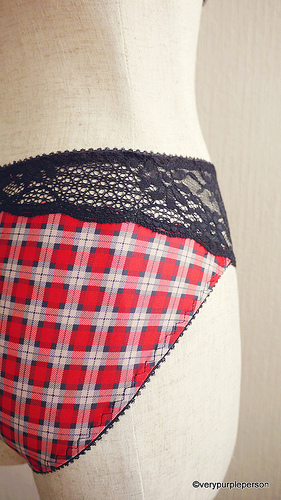 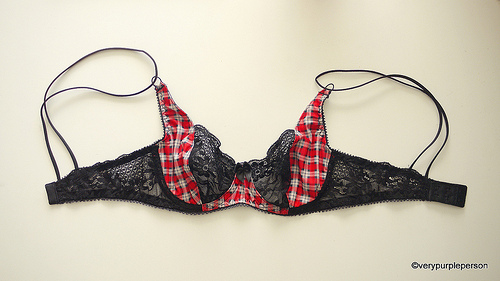 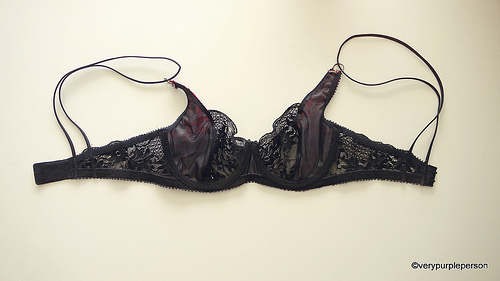 All made up and nowhere to go