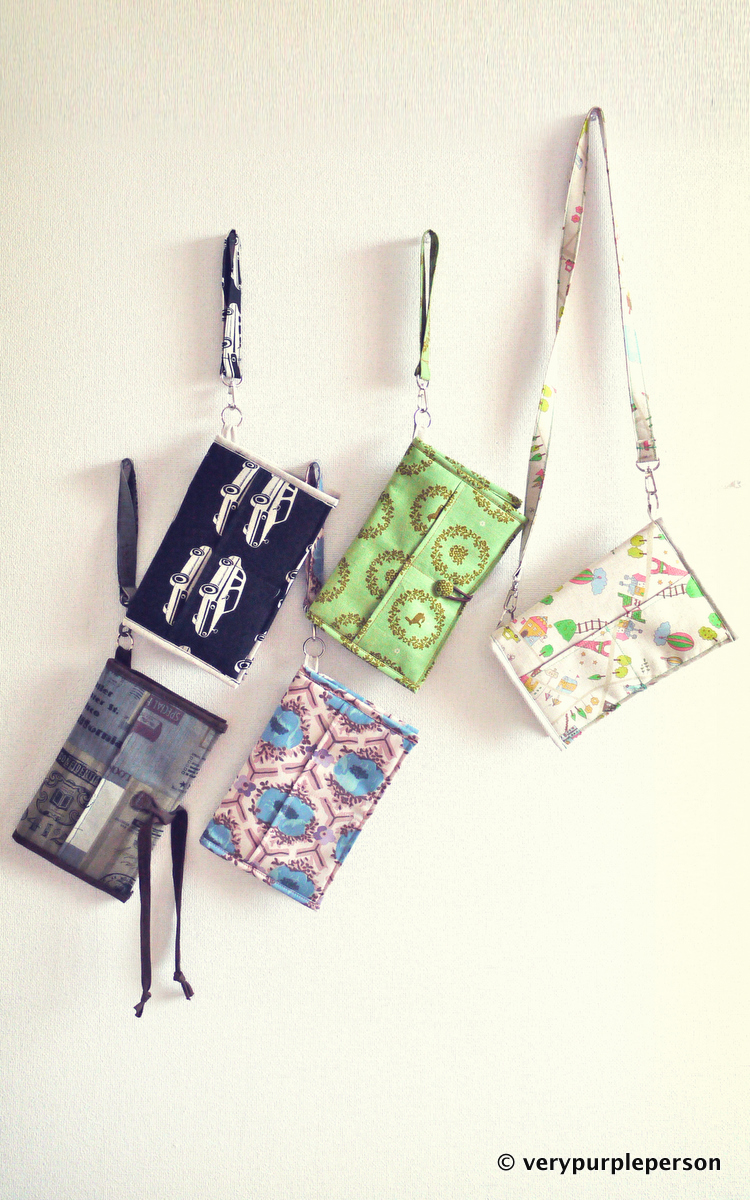 I’m in a magazine cover! Well, at least my handmade organizers are ^_^

If you can get your hands on the newest (December 2010/January 2011) issue of Sew News magazine, you would see five organizer wallets featured in the cover. They were handmade by me! You can see the cover in the Sew News facebook page here.

I was contacted by Ellen March, the editor of Sew News, and she  invited me to contribute a tutorial for the December issue. She was interested in my wallet tutorial, and asked me to develop the wallet idea into something new. I began to brainstorm some ideas and finally came up with this organizer.

The organizer wallet is a development of my wallet, but it is bigger with more pockets on the inside and  outer side. There are 5 versions of the wallet, each with slight differences in details. My favorite is the kid’s version, it has a shoulder strap and can contain markers, crayons, and small drawing books. The other versions are for medicine and tissues, tea lovers, letters and envelopes, and a men’s version for cards and keys.

I was so happy making all the organizers, because it gave me a reason to make something with all those pretty Japanese linen fabric!

If you can’t get hold of the magazine, here’s an online version of the tutorial in Sew News website HERE.