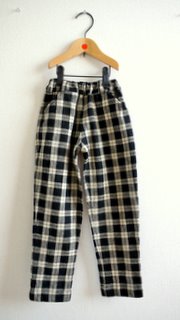 I miss my blog! It has been too long since I post about sewing and you might (or, uhm, you might not) wonder where I’ve been. Well, it’s just that real life sometimes got in the way of blogging life, that’s a sad fact. Or maybe I just didn’t try hard enough.

So the last two weeks I had been busy with my little things, and now that they are finished, I can go back making stuff! I need something fast to sew that can make me happy again. And usually that thing is Sidra’s pants. Really, it’s my instant gratification. I’ve made a lot of pants for Sidra and he grew out of them before they had a chance to even look worn. So I had a lot of practice there and sewing a new pair of pants is like an automatic process, I don’t have to think about what to do next because my hands already know where to go.

But enough rambling about the complicated thinking behind the making a boy’s pants. This is the pants that I made for Sidra yesterday. The fabric is linen in checks pattern. I bought it too long time ago that I felt guilty every time I caught a glance of it. Glad that now I have found use for it! The pictures were taken this morning as he went to school in his new pair of pants. 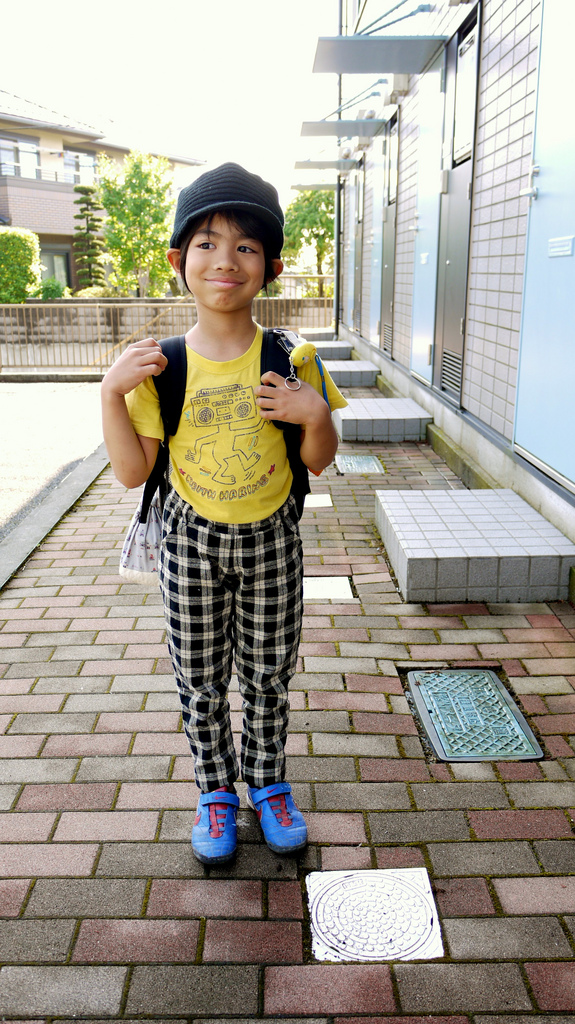 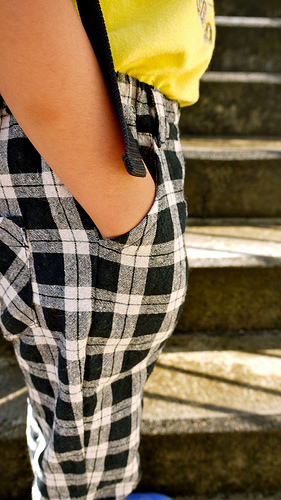 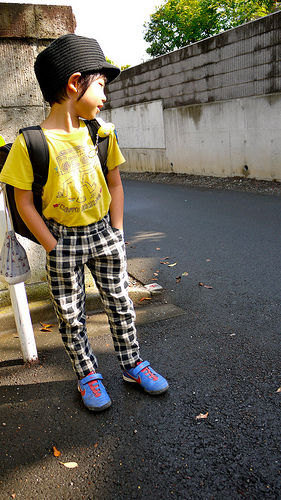 On another note, I just got a very interesting mail last night from a person with the name Sidra too! She was very excited to know another Sidra in the world. Me too! I’ve never known anyone with the name Sidra before. It is not a common Indonesian name, so Sidra always have people saying that they’ve never heard that name. And people usually assume that the name is from Gulf of Sidra in Libya.

Well, I had no reason to name my son after a gulf somewhere. Actually the name is of Latin origin and it means ‘star-born’,  because he’s the star of my life! I guess every child is the star in the mother’s life.

So I would like to say hello to every Sidra out there. Hello, Sidra!