We spent New Year’s Eve at home, just the three of us, eating pizza and playing games. The day before, we just got back from two days vacation in Kusatsu, a small city in Gunma prefecture. It’s about 4 hours bus trip from Tokyo.

Kusatsu is popular for its hot springs with more than 100 onsen  scattered around the small city. There is also a ski resort nearby.

I love taking a walk in small cities like this. Although small, there are lots of small hotels, ryokans, and restaurants in Kusatsu. There is a big hot spring at the center of the city with strong sulphur smell. It smelled like bad fart! Although I think there is no good fart anyway. But once got used to the smell, we dipped our tired feet in the hot foot bath. It was sooo good!

The next day we went to the ski resort and played slide all day. Sidra still didn’t want to try learning to ski although my husband had tried to encourage him. Maybe we’ll try again next year, I want to try too!

It was snowing the whole day we were there, the temperature was around -2 degrees Celsius. I think it was the coldest temperature I’ve ever experienced. It was really fun although I couldn’t imagine living surrounded by so many snow for months.

There is a small temple at the center of the city, it was called Kosen temple. Sidra swung the rope to ring the bell, calling the gods and prayed in front of one of the shrine. I love Japanese temples. It was kinda surreal to see all the cold statues covered in snow. Everything was white or frozen. So strange yet beautiful. 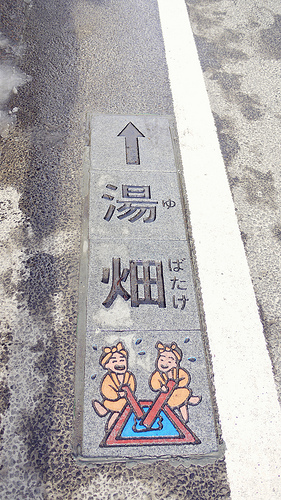 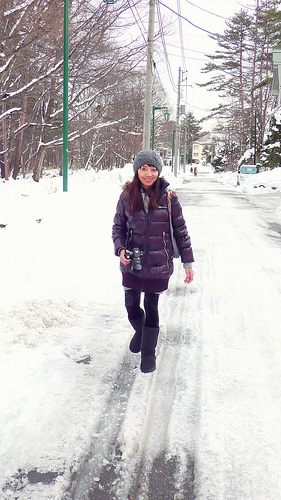 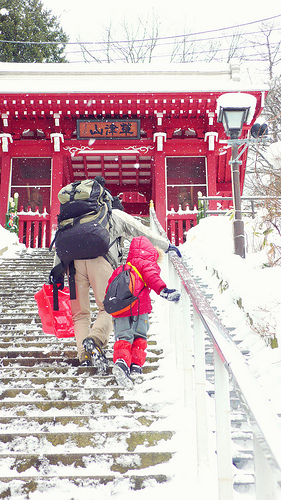 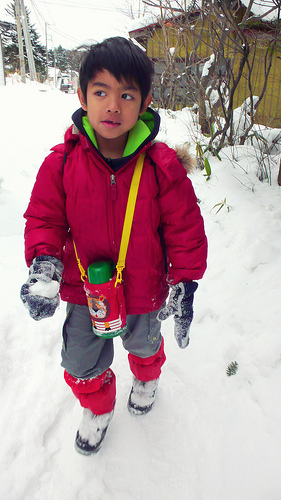 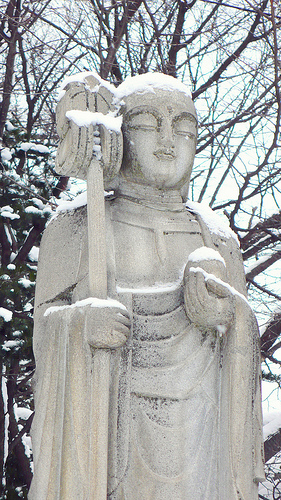 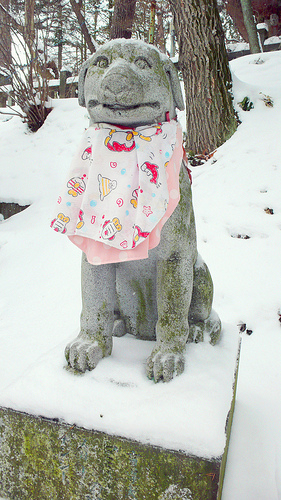 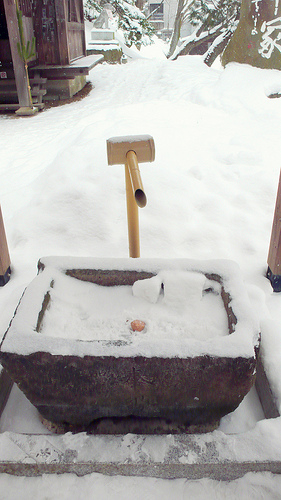 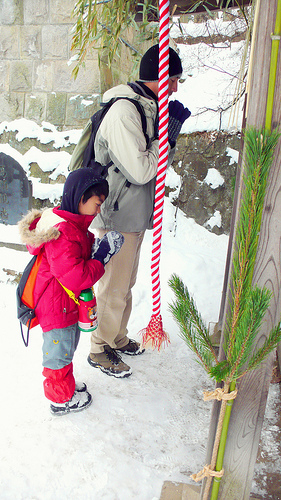 A picnic and new craft supplies