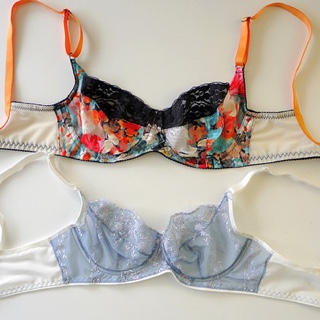 Recently Amy from Cloth Habit has just released her newest pattern, the Harriet bra. You’re probably already familiar with her previous pattern, the Watson bra, that is very popular.

The Harriet bra is an underwired bra with balconette neckline and 3 piece cup seam. The sizes range is pretty great, from 28A-42H. I think this is the widest size range available in one bra pattern that I have ever encountered. Amy wrote more about Harriet bra in her introduction post here.

The Harriet bra has similar seamlines as one of Merckwaerdigh pattern, Wings. This PDF pattern is also listed as BHST2 in the printed version. I have made BHST2 several times and always like the result, so I was curious to see how the Harriet bra is compared to Merckwaerdigh Wings.

I use my usual size for Merckwaerdigh, 30E, that I got by using size 36B and shortening the band 6 cm. While for the Harriet bra, I followed the measuring instructions and got 28DD as a result. However, my finished bra was a bit too tight so I decided to make a new one in size 30D, bigger band size with the same cup volume as 28DD. 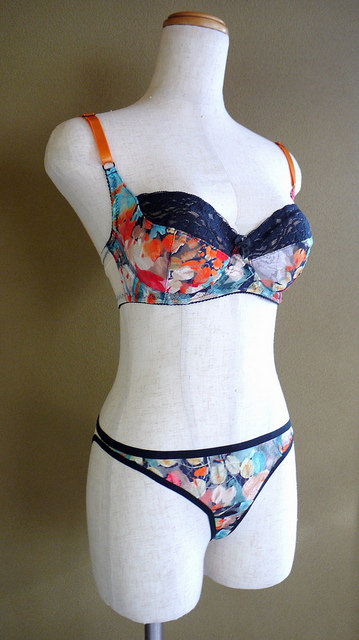 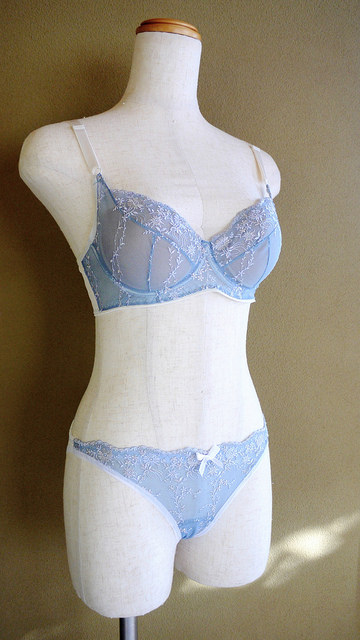 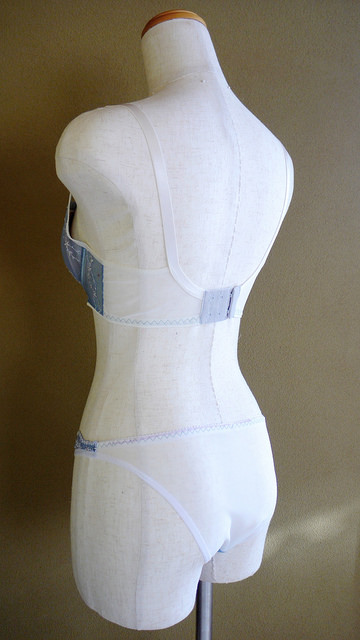 On my dummy, the cup seamlines on both bras are quite similar. I made the Merckwaerdigh Wings with stable fabric and stretch lace upper cup, while the Harriet bra is made with stable lace with only mechanical stretch. I would say that the stretch factor on both bras are quite similar. Both bras are unlined and use the same wire. The alteration for both is narrowing the center gore because I have small space between breasts. I changed the back of the Merckwaerdigh Wings to U-shaped back similar to the Harriet. 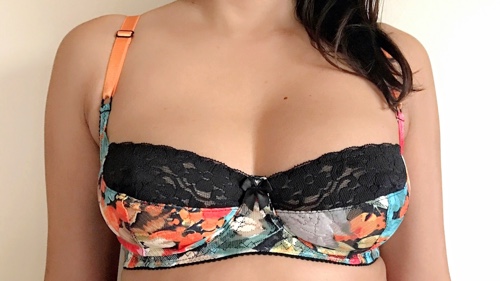 And here is how the fit on my body, surprisingly quite different! The straps on the Merckwaerdigh wings are quite far apart. The cup seamlines look almost horizontal. The neckline is flatter compared to Harriet bra. The breast shapes are more relaxed and natural. 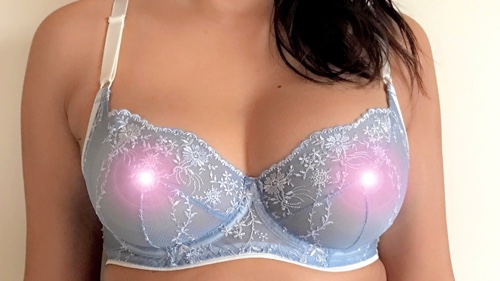 The straps on the Harriet bra are closer together. As a result you can see the cup seamlines more clearly. The cup seamlines are more diagonal and the neckline has more of a V shape. The narrower wire line push the breast more to the center, creating a ‘perkier’ look.

The Merckwaerdigh Wings is great to wear with tops or dress that has wide neckline, but for everyday bra I prefer the Harriet. In fact, I’m very, very happy with the Harriet bra. Usually I have to do several alterations to bra pattern, shortening the band, creating the U-shaped back, moving the straps closer etc. This time I only did the center gore alteration and everything else fit perfectly! I will be making more of this bra! 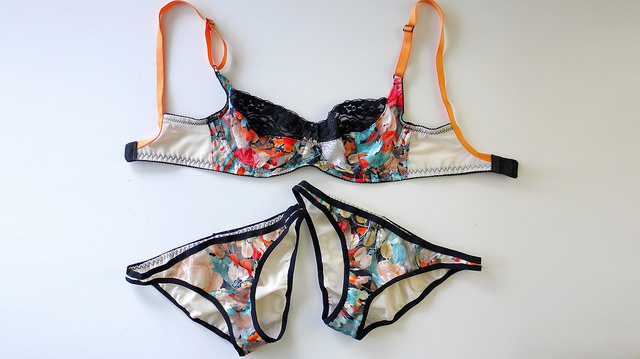 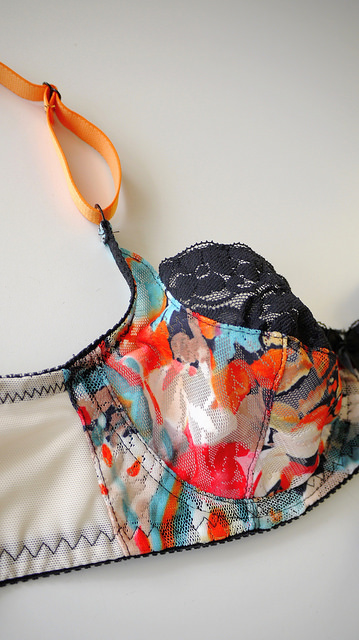 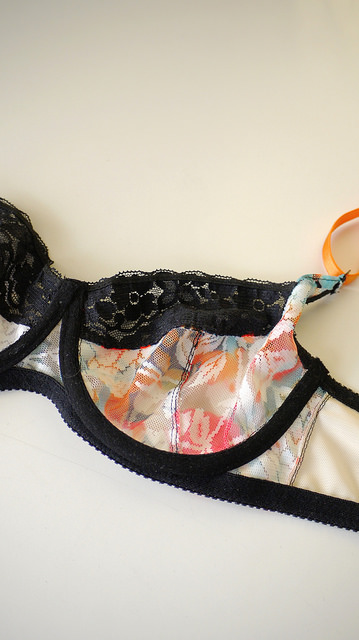 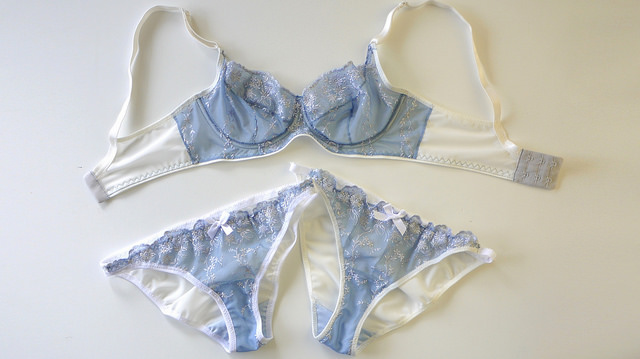 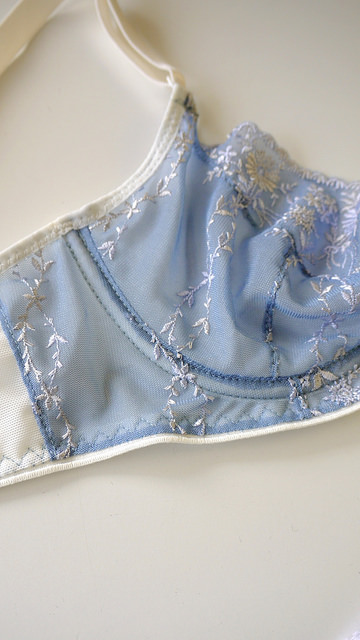 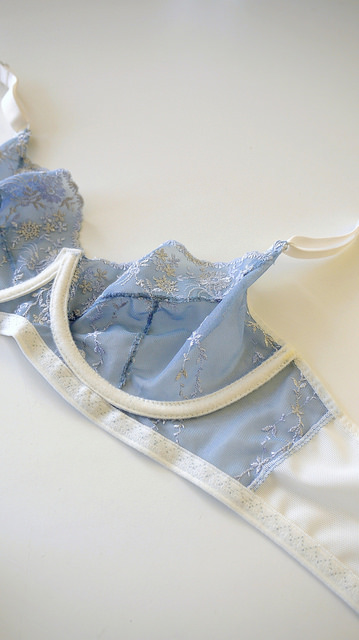