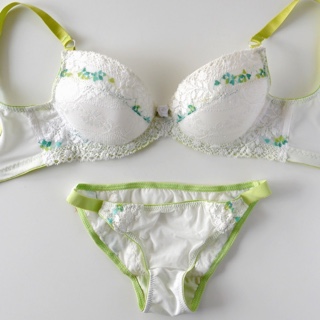 Actually I have bought her first two classes sometime ago, but only recently managed to watch them all. I got bored easily when watching video classes, then I found out that I can avoid boredom if I watch these classes on 2X speed! I’m very happy that I can watch these valuable classes now. A little fact: I am diagnosed with mild ADD.

Anyway! I also have several books on bra and lingerie pattern drafting such as The Bra-makers Manual 2 by Beverly Johnson, Patternmaking for Underwear Design by Kristina Shin, and Become a Pattern drafter: Women’s Underwear by Najah Ouahab Rassas.

Now it is time to try all the new techniques that I have learned. I decided to draft a bra that have the following:

On the right, you can see my drafting for the cup with diagonal seam. After drafting the pattern, I made a muslin bra from scraps. I have a box of used straps, hook and eye, and fabric scraps that is used for making muslin. 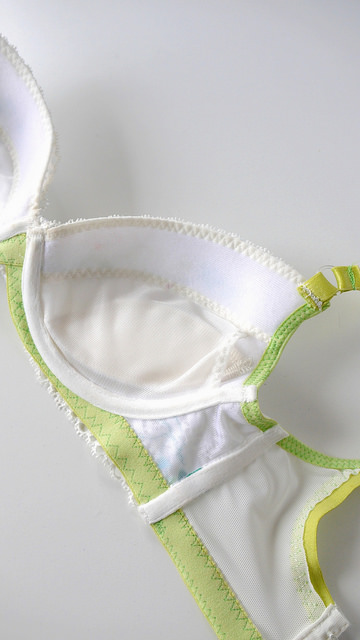 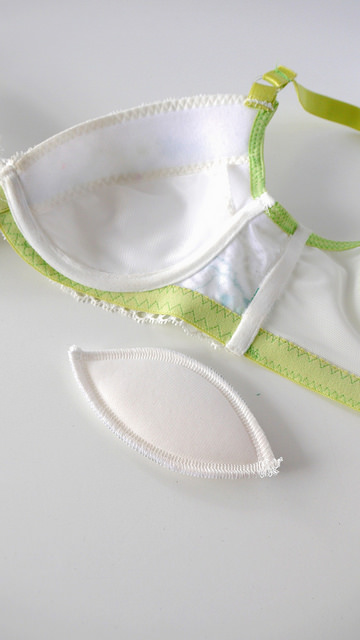 The cups are cut and sew foam, finished with foldover elastic on top. The lower part of the cups have pockets made with knit lining. The removable cookie is made with foam lining, it has layers of smaller foam pieces inside. Making your own removable cookie is great since you can adjust the thickness and the shape. My right breast is slightly smaller than the left, so I only need a thin pad on the right side. Technically I don’t need pocket on the left cup, but I made it anyway so the cups look even. 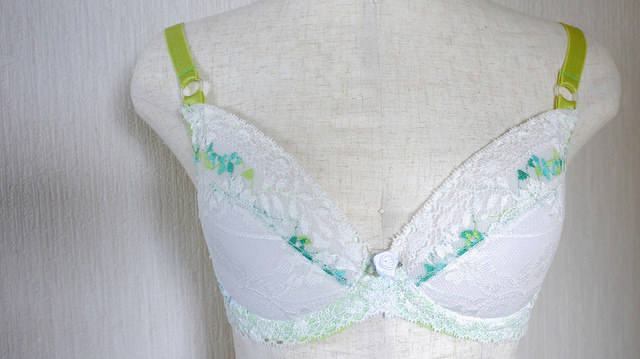 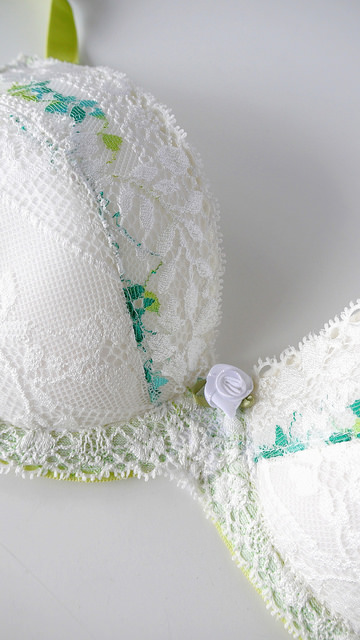 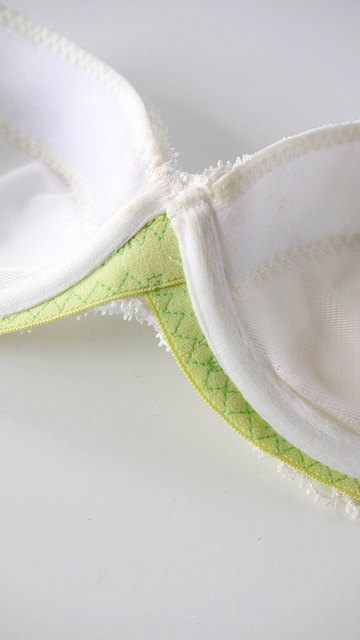 The center front has an upside down V shape, or also known as ‘gothic arc’. The elastic is not stitched as continuous line but overlapped on top of each other in this area. I find that the gothic arc, in combination with the narrow bridge, is very comfortable. 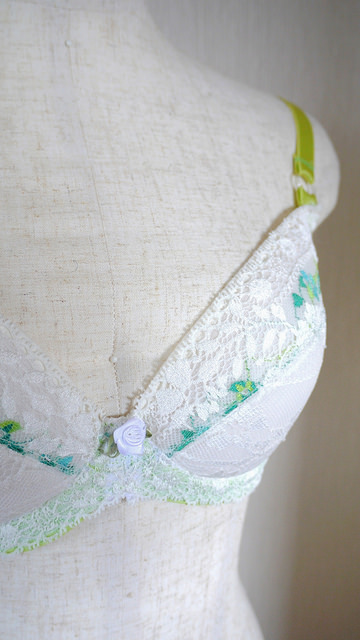 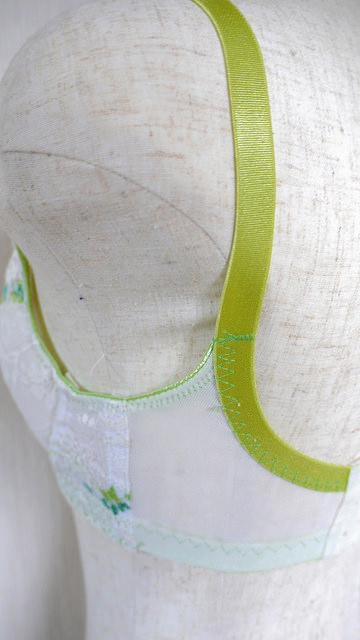 The back band has back strap extension that curved over to keep the straps from falling off the shoulder. The dummy has wider body than mine so it looks that the back strap is placed too far to the side. 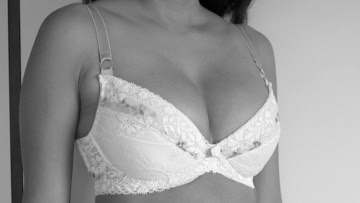 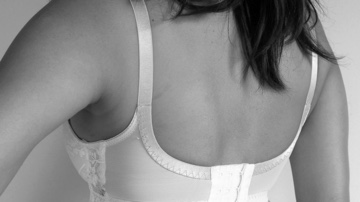 Here is the plunge bra on me. The back strap placement is right on this picture. I naturally have almost no space between the breasts. Interestingly, it is something that I just noticed after I started to learn making my own bra. Making your own clothes is really a way to know your body better. 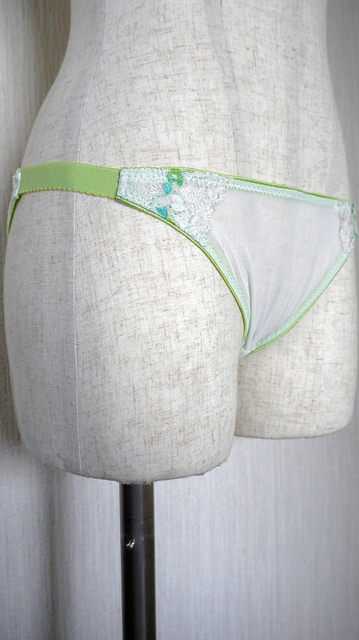 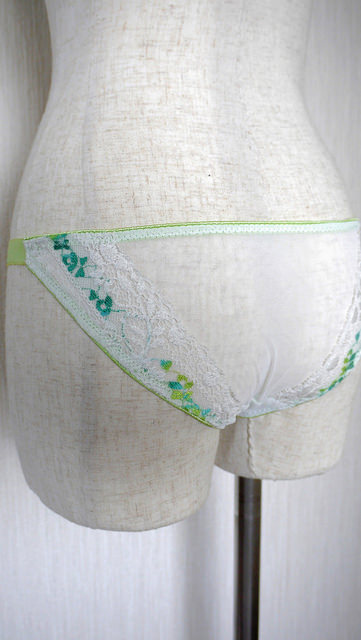 The panties are made with Merckwaerdigh low rider pattern. Merckwaerdigh has recently launched several PDF patterns, and it is such a great news because I like PDF patterns. Bra and panties pattern pieces are usually small so printing the PDF patterns don’t waste too much paper.

The pattern itself is lovely. It sits very low on the hip, the front and back is connected with a little bar on the side. You can make lots of variation with this pattern, or even make a swimwear bottom with it. I use soft powernet as the main fabric, and placed scraps of lace on side edges of the front and back pieces. Instead of side bars, I used pieces of wide elastics on the side. 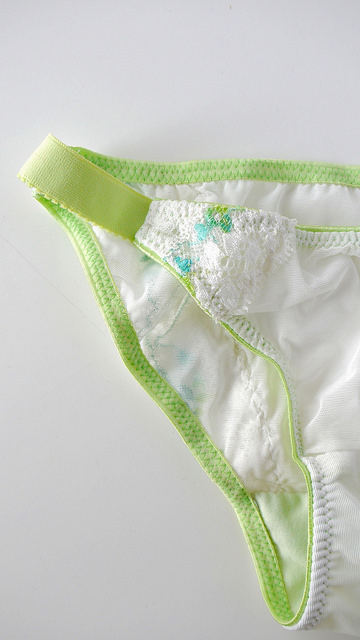 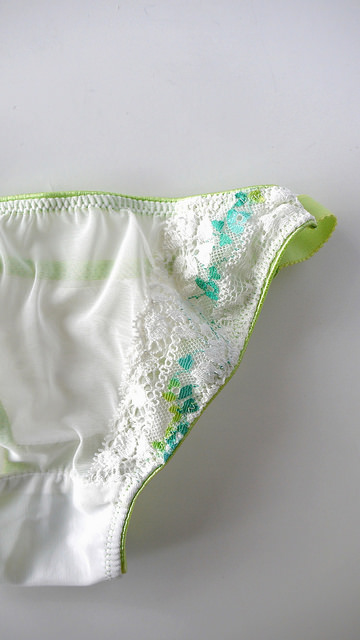 Overall, I’m very happy with this set, an especially with what I have learned while making it!

On the sewing table