A wedding in Saturday 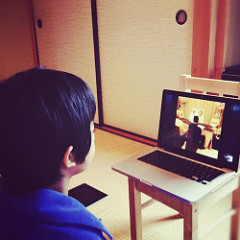 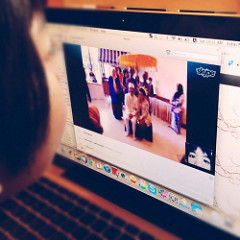 Sidra’s father got married last weekend. We weren’t able to come due to several reasons, but Sidra’s father came up with this wonderful idea to ask someone (which is his brother) to hold an iPhone during the wedding ceremony so the three of us could view it live via Skype! Yay for technology!

Several minutes before the ceremony, Sidra came to me and asked for the outfit that he wore on my wedding. Well, of course he couldn’t wear them again, it was 4 years ago! Fortunately he didn’t mind wearing something else. He was quite excited to see his father and his stepmother-to-be on screen. But just like other kids, he got bored after several minutes. “Why are the people talking so much? How long it is going to take?” etc. The good thing with attending a wedding online is you can lie down or do something else (like rolling around on the floor – Sidra did this) when you got bored.

Anyway it was a beautiful Saturday wedding. Both the bride and groom looked so radiant and happy. I wish Sidra’s father and his loveliest bride the best things in life and a lifetime of happiness. Maybe someday we can take a family picture together, Sidra and his double set of parents. I think that would be nice. 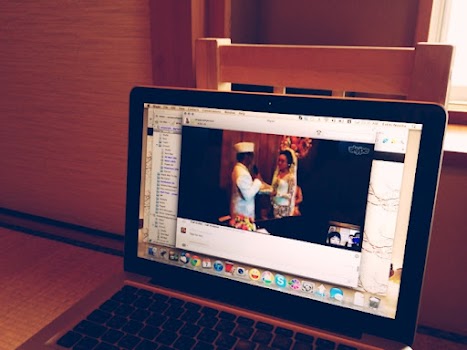