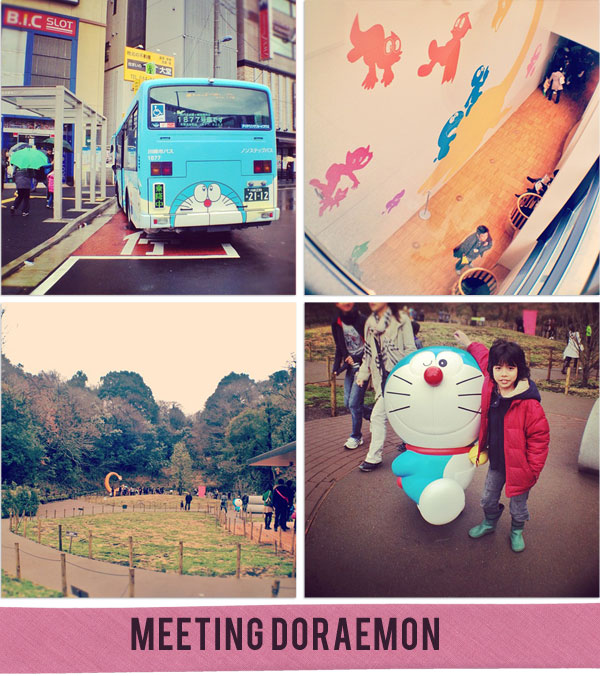 Last Saturday we went to meet Doraemon and his friends! Actually, we went to Fujiko F. Fujio museum in Kawasaki. If you’re familiar with the blue earless robot cat, Fujiko F.Fujio is the man who created this anime character.

The museum was just opened in September last year, so it is pretty new. The tickets had to be reserved weeks before, and we finally got our ticket scheduled to last Saturday.

I love Doraemon since I was living in Indonesia, reading the translated comics and watching the dubbed television series. I collected all the comics but I had to give them away when we moved to Japan. I didn’t regret though, after all we are here in the land of Doraemon. Sidra then started to read Doraemon in the original language and grew to love him too. Who doesn’t love Doraemon, anyway?!

We rode the Doraemon-themed bus from Noborito station to got the museum. There were a lot of people in the museum but it wasn’t too crowded though because everyone has a scheduled ticket. We started the tour by going around the two exhibition rooms in the first and second floor. The rooms were filled with original artworks and Fujiko F. Fujio’s personal belongings.

After touring the exhibition rooms, we watched a short movie in the theater on the second floor. There were also manga corner for reading comic and play area for toddler in this floor. In the third floor, there were outdoor area with statues and a very crowded restaurant. We had to wait for two hours before our number was called! But by the end of the day everything was worth it! 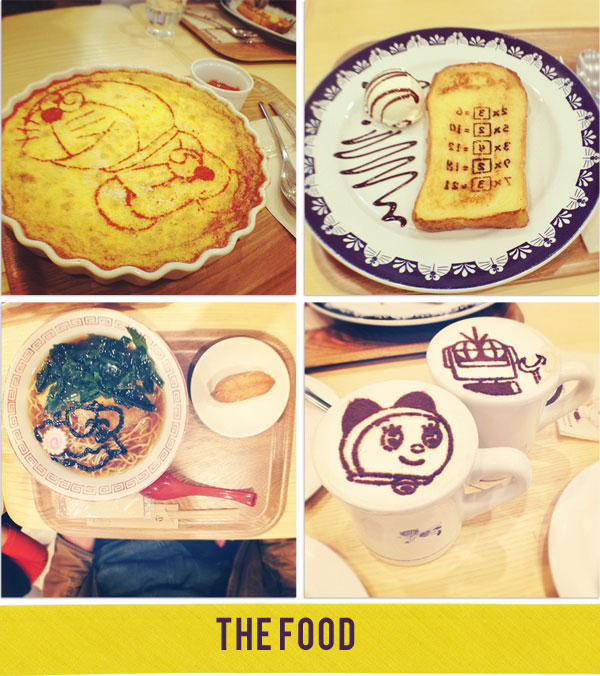 the world from a kid’s point of view