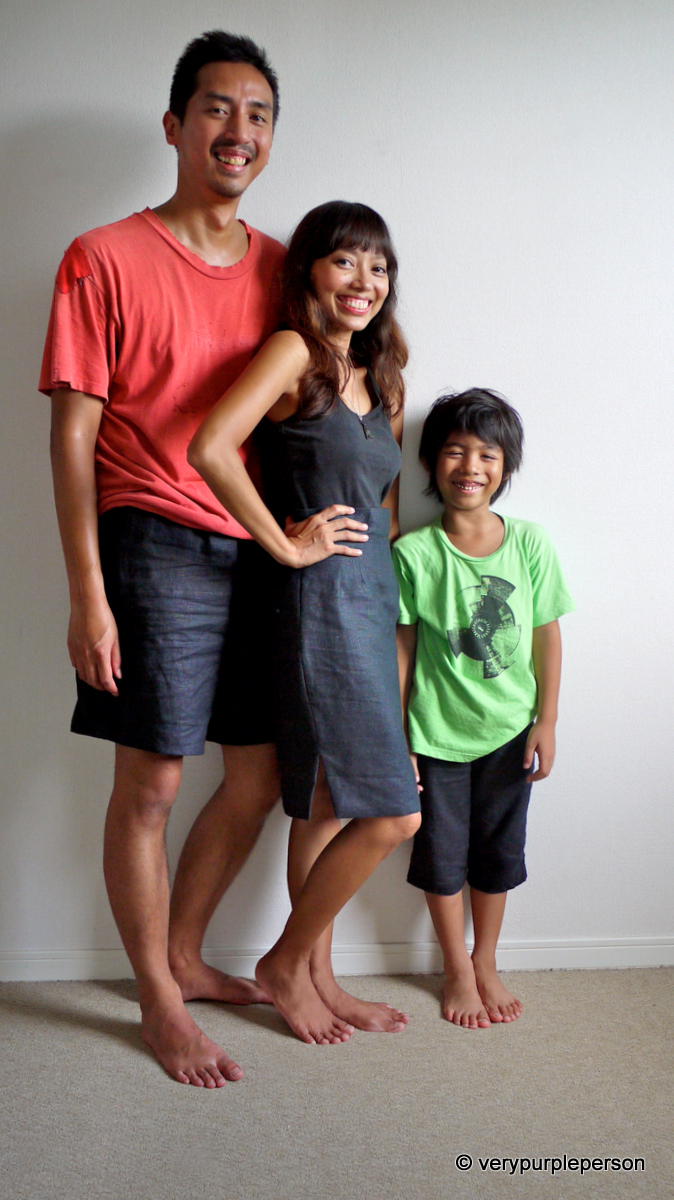 I found this black linen in Yuzawaya sale last week, it was discounted pretty big so I bought 3 meters of it. I planned to make two pairs of shorts for my husband since the one he’s been using has already ripped at the seams. Actually he doesn’t mind the (big) rip, but it wasn’t a good sight to my eyes.

Unfortunately, I made a mistake when sewing the elastic on the first pair of shorts. Unpicking all those stitches from elasticized waist is a bit too much for me, so I hacked off the shorts and turned it into a knee-length pants for Sidra. I started a new pair of shorts for my husband. It was fine, except that the pockets are too small for his hands! Argh. I can’t believe that his hands are that big. But he said that it’s the most comfortable shorts that he had ever worn, so I guess it is okay for something that will only be worn in the house. But I need to stitch those damn pockets closed because the sight of them makes me mad.

Anyway, the plan of two pairs of shorts had failed, but I still had about 60 cm of the fabric. I decided to use it to make a basic skirt as an exercise in pattern drafting. The instructions were from a vintage book called Pattern Drafting vol. II, published by Kamakura-Shobo Publishing in 1970, and I drew the lines with tailor’s chalk straight on the fabric. It is just a high waist pencil skirt with two pairs of darts, wide waistband, side slits and invisible zipper on left side.

I’m pretty satisfied with the result although it is not really my style. I usually don’t feel comfortable with everything that hangs tight around my waist.  The skirt was worn for a little afternoon walk around the house, and I began to feel more respect for all ladies who wear body-conscious, hip-hugging clothes. It looks good but definitely not comfortable! 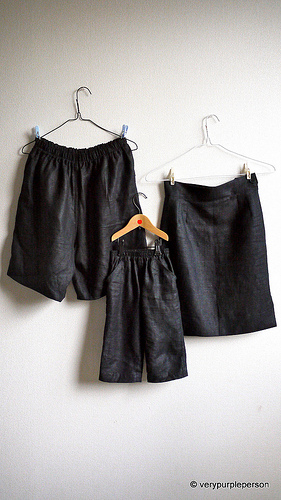 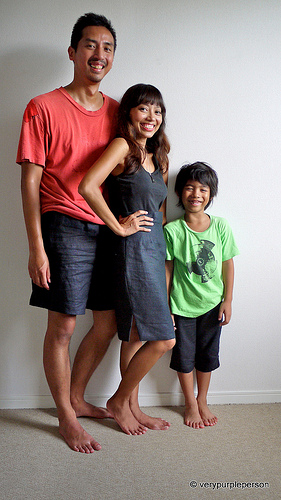 A pair of shorts, a boy’s knee-length pants, and a skirt. 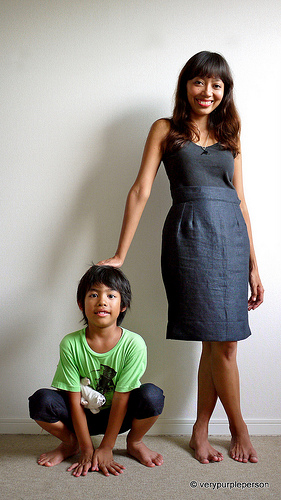 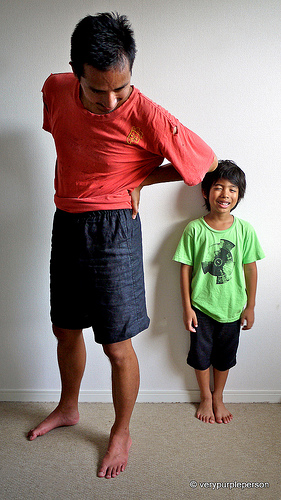 We took nice pictures in them. 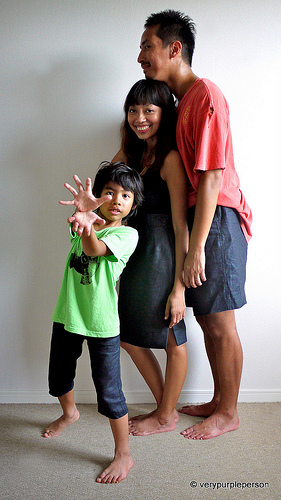 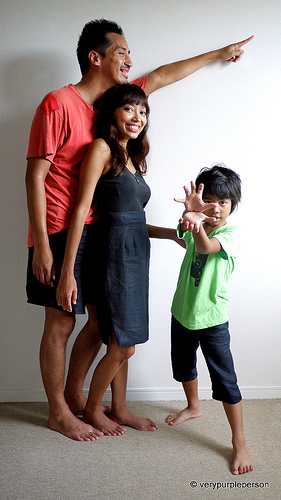 But things started to get crazy. 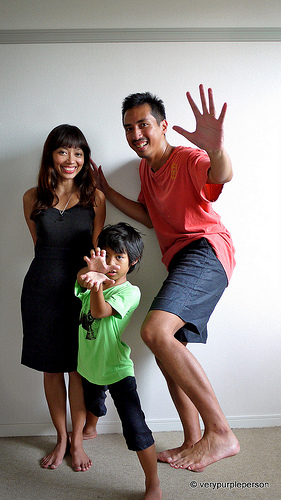 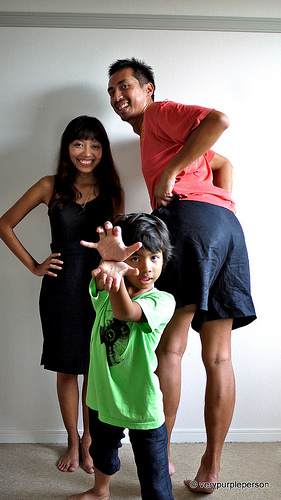 Because they were acting silly (look, my face is all in the same expression)! 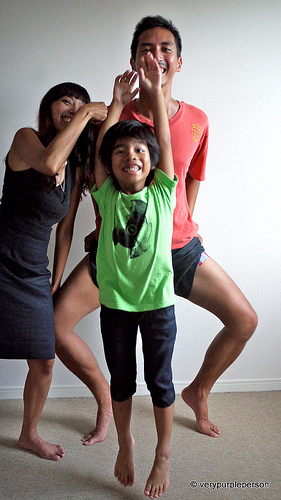 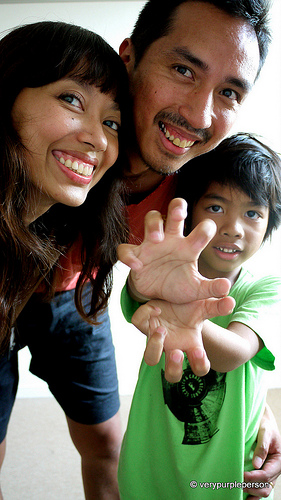 Sorry for all the silly pictures!

Two Pendrells and One Kasia