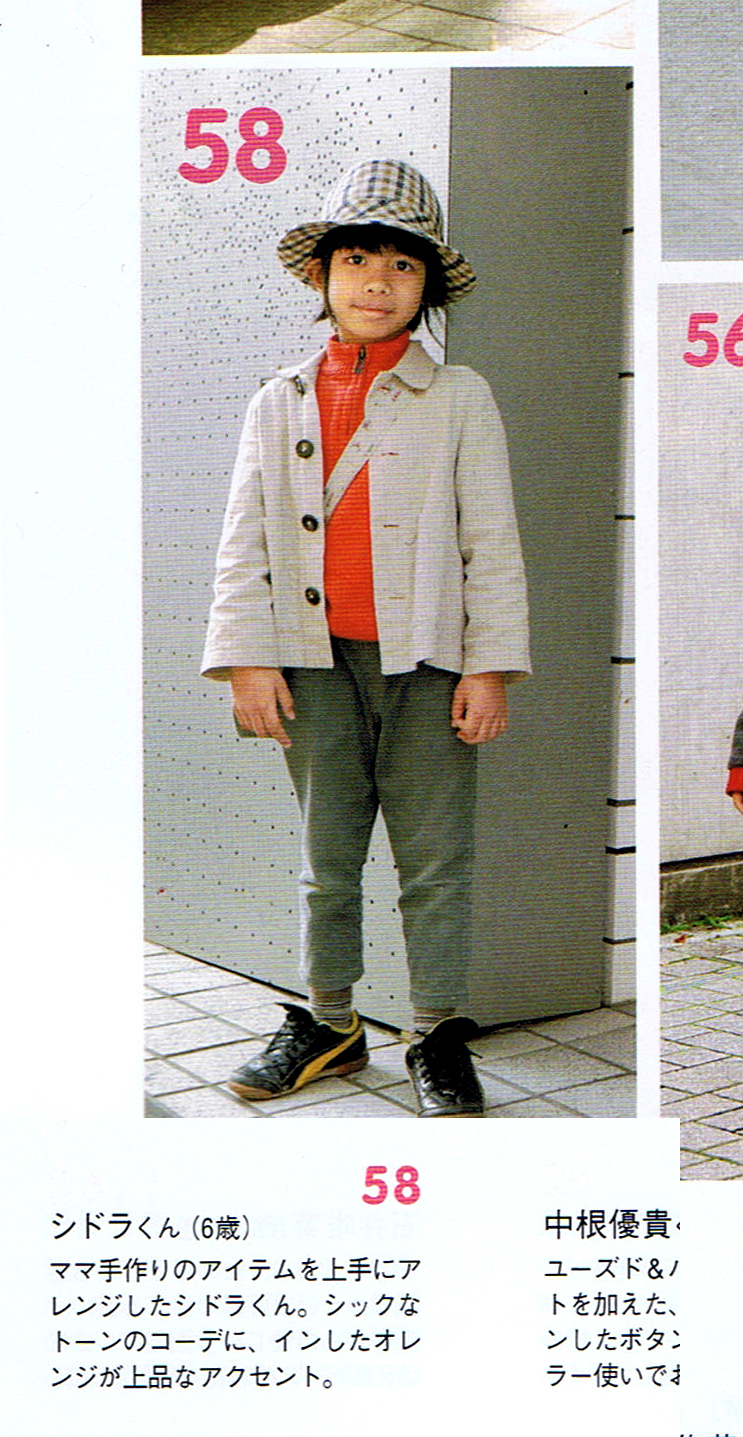 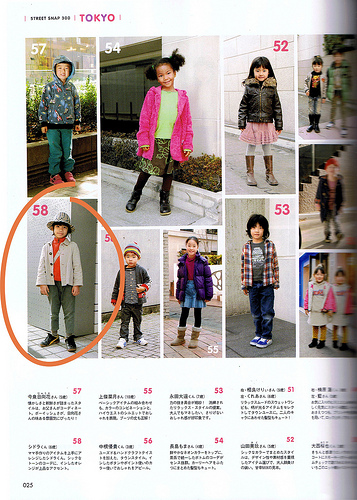 Last November Sidra was photographed for street style pictures by Sesame, a Japanese kid’s fashion magazine. We were having a walk in Harajuku area when they approached us and asking permission to take some pictures of Sidra.

The magazine was published this month, and it turned out to be a special edition of street snap of Japanese kid’s fashion. It was filled with pictures of kids in their trendiest outfit, taken in various area of Japan. So cute!

Here’s Sidra in one of the pages, he’s number 58.
The caption, loosely translated:
Sidra (6 years)
“Sidra in a beautifully arranged items, all handmade by mama.
The chic outfit is refined with the addition of orange accent.” 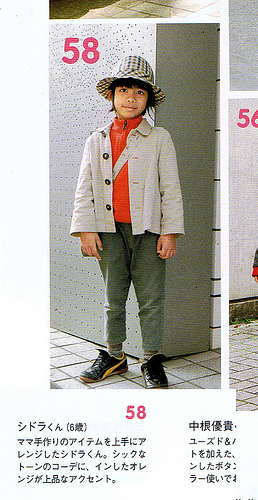 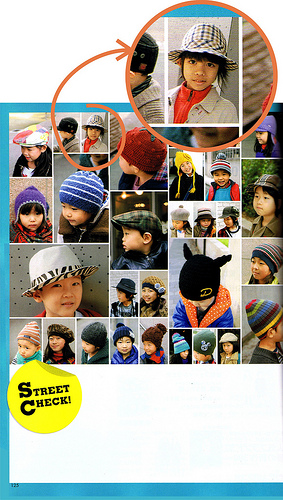 Sidra was wearing this linen jacket, denim pants, and robot bag, all made by me (*^.^*) The denim pants are actually a bit too short now, his socks are showing in the picture. He’s been growing up so fast! The hat  was thrifted in a nearby secondhand store, and it is included again in another page about hat and cap.

I showed the magazine to Sidra, telling him that he was in it. He just looked at them casually and continued eating his donut, as if there was nothing special to it. Kids!

Anyway, mama is very proud and happy and proceeding to tell everyone about the little pictures \(*O*)/ 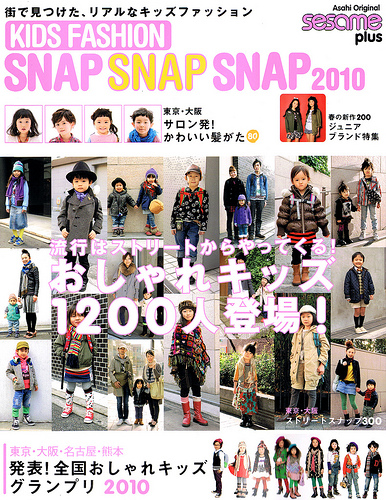 October is for sew-alongs!