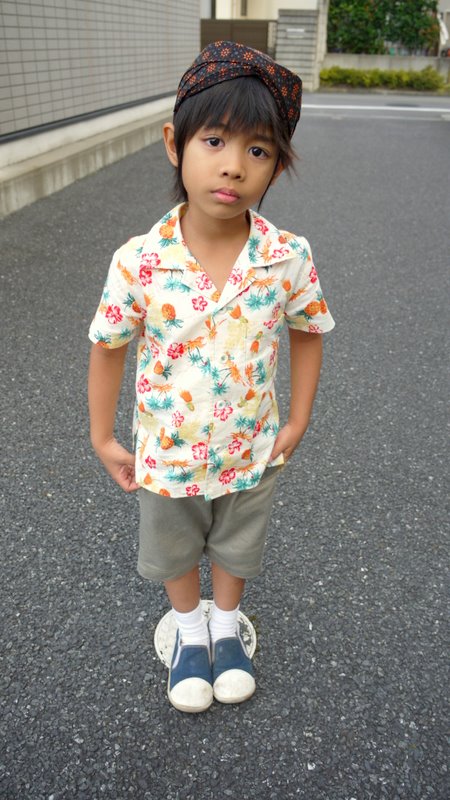 Actually it’s been more than a week ago since I got back from summer vacation in Indonesia. In ten days, the three of us went from Tokyo to Jakarta, then to Bandung, and Jogjakarta. Yes, the families are scattered around several cities.

Ten days to go to three cities, with several hours of international flight, few hours of car trips, and at least 3 hours of domestic flights prove to be too exhausting for me and my husband, However, Sidra really enjoyed the vacation and meeting so many cousins, all pampering him since he’s the youngest of them all.

Until a friend of mine told me that there would be Hawaiian themed summer festival in Sidra’s old kindergarten. I’m not really crazy about Hawaiian shirt, but this is a nice chance to start myself again. So I took Sidra to the fabric store and we chose this Lecien fabric with orange pineapple and hula girls on it. The denim pants is a bonus, and Sidra always loves a pair of new pants anyway.

The festival was started at five o’clock and I started cutting the fabrics at 11 in the morning. I used this shirt pattern and this pants pattern to save time. The only addition was only a pocket for the shirt. At the end, I really like the shirt, I think it looks like something from the seventies. The denim pants has an Ultraman button sewed on one of the pocket, since Sidra is now crazy about Ultraman.

The whole outfit was finished at 4 o’clock, just the time to get ready and go to the festival. Shaved ice and fireworks and lots of fun! 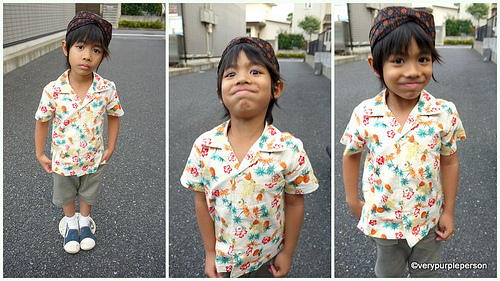 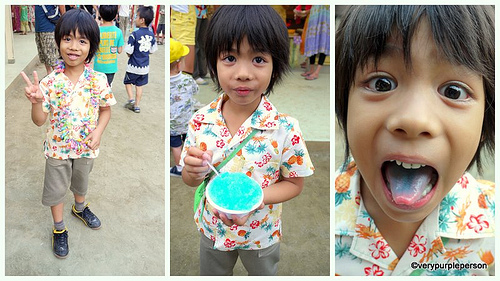